Fellow Rangers: Another quiet quarter for the Association, but things promise to pick up in the New Year. The major thing of note for this quarter is that the Association donated $1000 to the 1st Battalion’s Family Readiness Group to support Christmas and New Year’s activities for the battalion’s families and for whatever they use the money for to support the battalion overseas. The Board has also offered more later to support the homecoming events for the battalion when the Iron Rangers return to Fort Riley in the spring. Speaking of that, Roger Crombie, LTC Kelley, and I have begun initial planning for some events when the battalion returns. There are no solid plans yet, but the events will likely include a dining-in and some DMOR related activities. As these begin to develop, the Honorary Colonel or I (or both) will get the word out. We would like to get as many of you out to Fort Riley at that time to enjoy some long-awaited camaraderie and good times. More to follow as planning progresses. On another note, our membership continues to decline due to the aging of our Vietnam heroes and the small cadre of Desert Storm and peacetime members. We have seen an increase of Global War on Terror-era members, but it’s still too soon for them to re-up in great numbers. In the meantime, the Association is making its way forward on the donations provided by the remaining members, so I would ask you that if you did not make a contribution to the Association coffers during the donation period last quarter, please consider doing so now. Also, I remind all, that if you haven’t re-enlisted for 2022, please do so ASAP. Here’s wishing the members of our great Regiment a Happy New Year!

The dues are adjusted according to the Member’s status.

Your support is critical to help us provide you with membership benefits.

We respect your privacy and you may unsubscribe anytime.

Sergeant Major of the Army Daniel A. Dailey 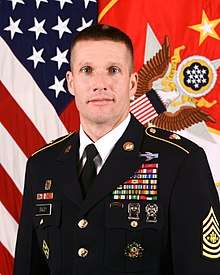 Sergeant Major of the Army Daniel A. Dailey enlisted in the U.S. Army in 1989 at the age of 17. Since then he has served in every enlisted leadership position in the mechanized infantry, ranging from Bradley Fighting Vehicle Commander to Command Sergeant Major until being sworn in as the 15th Sergeant Major of the Army, on 30 January 2015. As Sergeant Major of the Army, Dailey serves as the Chief of Staff of the United States Army's personal adviser on all enlisted-related matters, particularly in areas affecting soldier training and quality of life. During his career, SMA Dailey has served with the 1st, 2nd, 3rd and 4th Infantry Divisions stateside and overseas. Dailey served with the 1st Battalion, 16th Infantry at Fort Riley 1993-1996. During that time, he was assigned as a Bradley Fighting Vehicle commander and the Iron Ranger battalion master gunner and rose to the rank of staff sergeant. SMA Dailey deployed in support of Operations DESERT STORM and DESERT SHIELD and served four tours in support of Operations IRAQI FREEDOM and NEW DAWN. Later, he was selected as the 4th Infantry Division command sergeant major in 2009. Prior to his selection as the Sergeant Major of the Army, he served as the command sergeant major of the United States Army Training and Doctrine Command. SMA Dailey’s awards include the Distinguished Service Medal, Legion of Merit (1OLC), Bronze Star Medal with Valor, Bronze Star Medal (3OLC), Meritorious Service Medal (1OLC), Army Commendation Medal (6OLC), Army Achievement Medal (9OLC), South West Asia Service Medal, Iraq Campaign Medal, Global War on Terrorism Expeditionary Medal, Global War on Terrorism Service Medal, Korea Defense Service Medal, Kuwait Liberation Medal (Kuwait), Kuwait Liberation Medal (Saudi Arabia), Combat Infantryman Badge, Expert Infantryman Badge, Ranger Tab, Drivers Badge (wheel). He is a member of The Order of Saint Maurice (Centurion) and the Distinguished Audie Murphy Club. SMA Dailey has been nominated by the Association as a Distinguished member of the Regiment for 2019.

The Memorials Program is one of the 16th Infantry Regiment Association’s oldest programs. 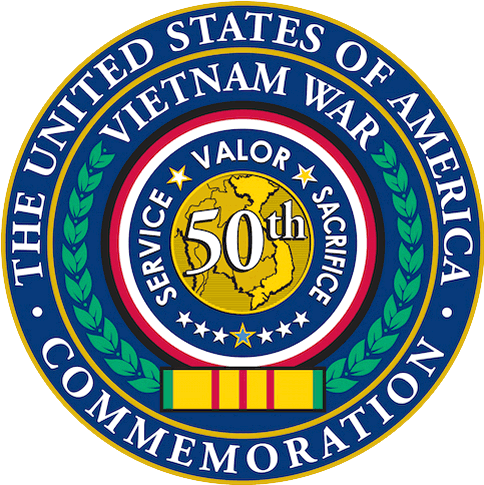 We've Got Your Back

DMOR Ed Pearce has created an impressive piece of art for the benefit of the 16th Infantry.