After the consolidation of 1869, the organization of the 16th Infantry changed very little over the next 29 years. The major change was the size of the companies which were whittled down to a strength of 37 men by 1876, but a later authorization by Congress increased the strenth to about 50 men each. In 1890, as part of further cuts mandated by Congress, I and K companies were inactivated. The following year, however, I Company was reactivated as part of an early Army social experiment. The company was organized at Fort Douglas, UT, with Brulé Sioux Indians. The experiment failed due to the Sioux being unable to adapt to the regimentation of army life and the company was again inactivated in 1894. Though authorized ten companies by law, the 16th Infantry actually fought at San Juan Hill on 1 July 1898 with only eight active companies. I and K Companies were finally reactivated on 13 July 1898 at Santiago, Cuba. 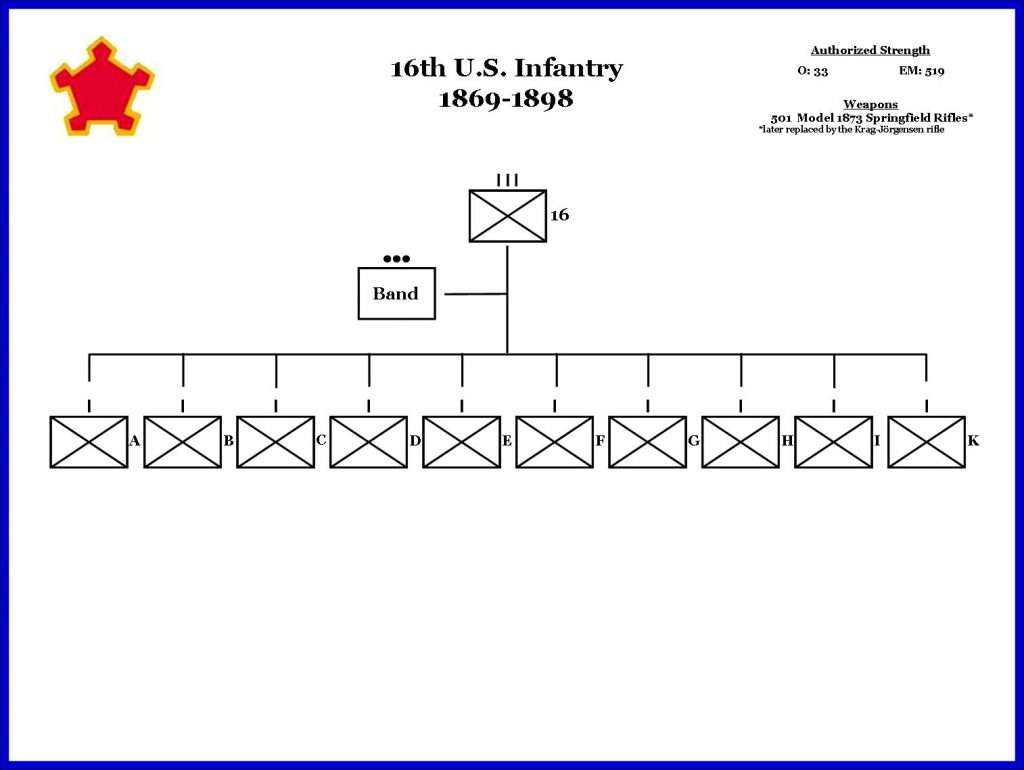