With the advent of the Spanish-American War, the Congress enacted legislation to modernize and expand the existing U.S. Army infantry regiments. The changes consisted of reorganizing the regiment into a three-battalion structure similar to those already adopted by European armies. Each of the three battalions consisted of four rifle companies. Moreover, the size of each rifle company was expanded to 106 enlisted men and five officers. This was a substantial increase in the size of the regiment, more than doubling its pre-war strength.

The 16th Infantry was not able to fully implement these changes until it had arrived back in the United States from Cuba in the late summer of 1898. In 1901 the size of the company was further increased by Congress to 127 enlisted men, but the actual strength fluctuated over the next 15 years based on presidential executive orders. A provisional machine gun platoon of 22 men and two Maxim-Vickers machine guns was added in 1906 and expanded to a company-size organization two years later. 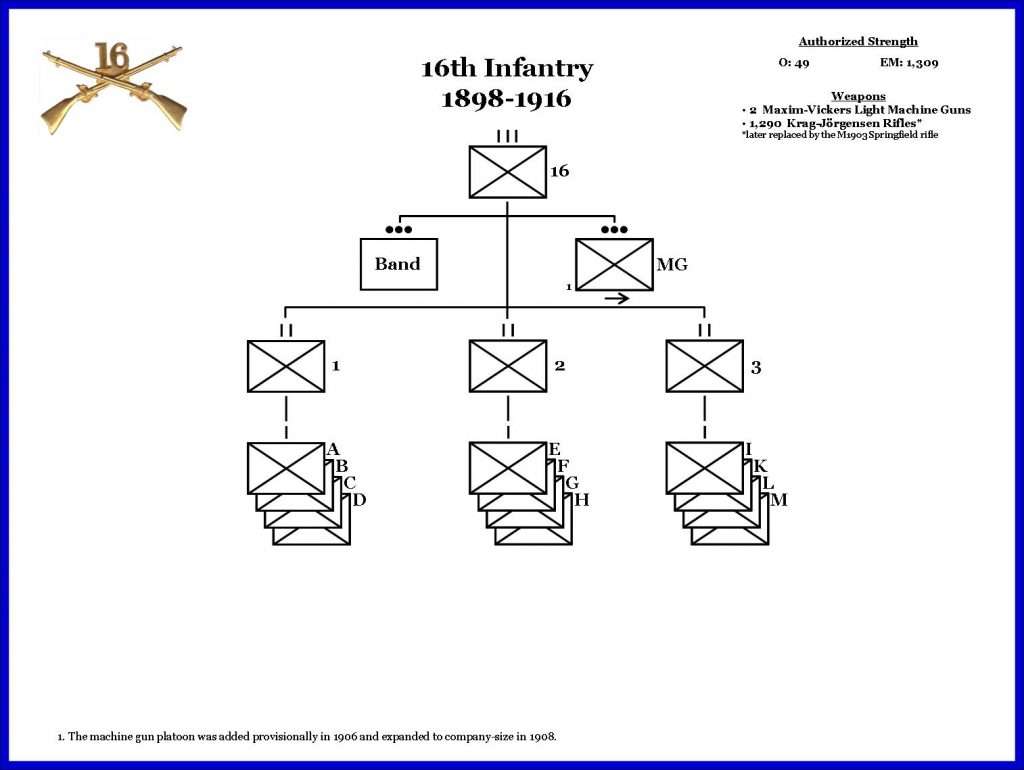