On the 16th Infantry’s return from Mexico in February 1917, America was preparing to enter Wordl War I on the side of the Allied Powers and War Department planners were busy wrestling with how the expeditionary U.S. Army would be organized. Though much of the rest of the Army, at least in terms of field units, went through major changes over the next year, the infantry regiment organization evolved little from that of the model of 1916 and before. One of the major changes included the permanent addition of a supply company. This organization was mostly horse-drawn but partly motorized, reflecting the advent of the mechanical age. Another change was the huge expansion in the size of the rifle and machine gun companies.

Whereas the pre-war model contained about 127 enlisted men, the wartime version was over 200 men in strength. This made for a doubling in the size of the regiment. The final change was the addition of large numbers of machine guns and automatic rifles. Although the regiment was not organized and equipped distinctly different from its Civil War counterpart (other than the inclusion of modern weapons), the battlefield conditions of Europe forced a fundamental change in the way that leaders led and soldiers fought in the combat zone. By the end of the war in 1918 the fundamentals of small unit tactics, combined arms operations, and command and control of units by radio were employed by every army on the battlefield to some measure. So, although the basic organization of the infantry regiment had changed only a little, how it was being employed had changed significantly. 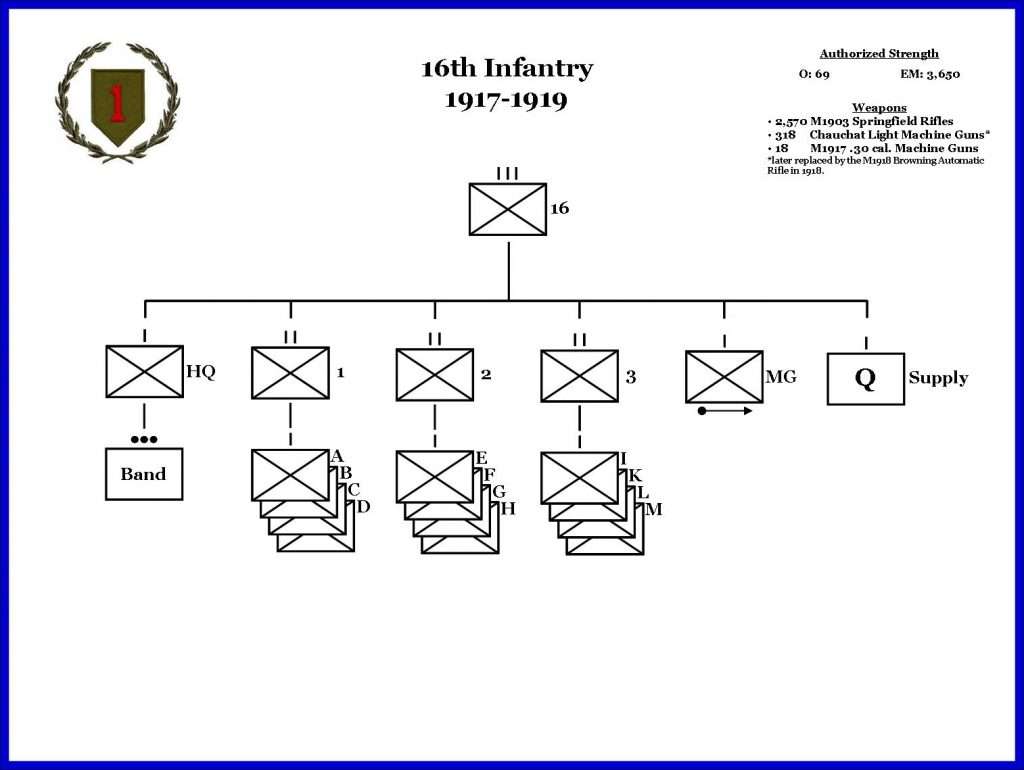