The infantry experience of the U.S. Army in World War I was bound to generate changes in the structure and equipping of the regiment in the post-war period. After several studies by the War Department and the Infantry School at Fort Benning in the 1920s, a new Table of Organization and Equipment (TOE) was issued in 1928 that made significant changes to the regimental organization. The first change was the reorganization of D, H, and M Companies as machine gun companies. These units were now equipped with the new Browning .50 caliber heavy machine gun and the newly modified 1917A1 water-cooled Browning .30 caliber light machine gun. The platoons in the line companies were reorganized to have three infantry squads and a weapons squad equipped with the M-1918 Browning Automatic Rifle (BAR). To the regiment was added a Howitzer Company, although the title belied its real organization. The company possessed no howitzers, but did possess 3-inch Stokes mortars for indirect fire requirements and 37 mm cannon for anti-tank defense. The Supply Company was also redesignated as Service Company but retain the same basic mission. 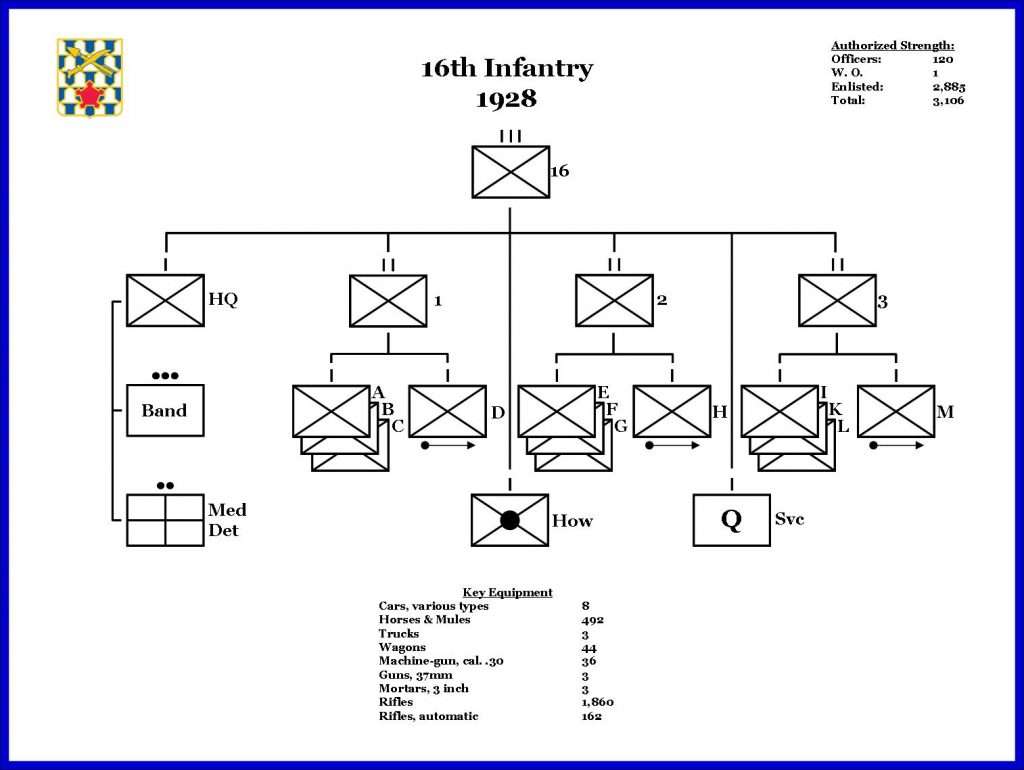