Between 1928 and 1944, the infantry regiment went through a number of changes in organization and equipment. Some of those changes took place in the “triangularization” of the infantry division in 1939. Under this concept, the U.S. Army abandoned the “square” divisional structure of World War I consisting of four regiments organized into two brigades. Instead it adopted a smaller, but faster and more lethal division organization of three infantry regiments with no brigade command between regiment and division. The primary changes to the regiment at that time was the addition of an Anti-Tank Company equipped with 37mm cannon (later increased to 57mm) and the reorganization of the machine gun companies into weapons companies equipped with light and heavy machine guns and light mortars.

The end result was a regiment of fewer men (2,542 total) due to the reduced size of the squad but increased firepower due to the adoption of several new and more lethal weapon systems such as the M1 Garand rifle and the 60mm mortar. In 1942 another significant change took place when the Howitzer Company was replaced by a Cannon Company of six 75mm self-propelled howitzers and two 105mm towed howitzers. Several other minor adjustments were made to the regiment during the early stages of World War II, the most significant being the increase of the rifle squad from eight to twelve men. By 1944, the 16th Infantry was organized and equipped as illustrated below. 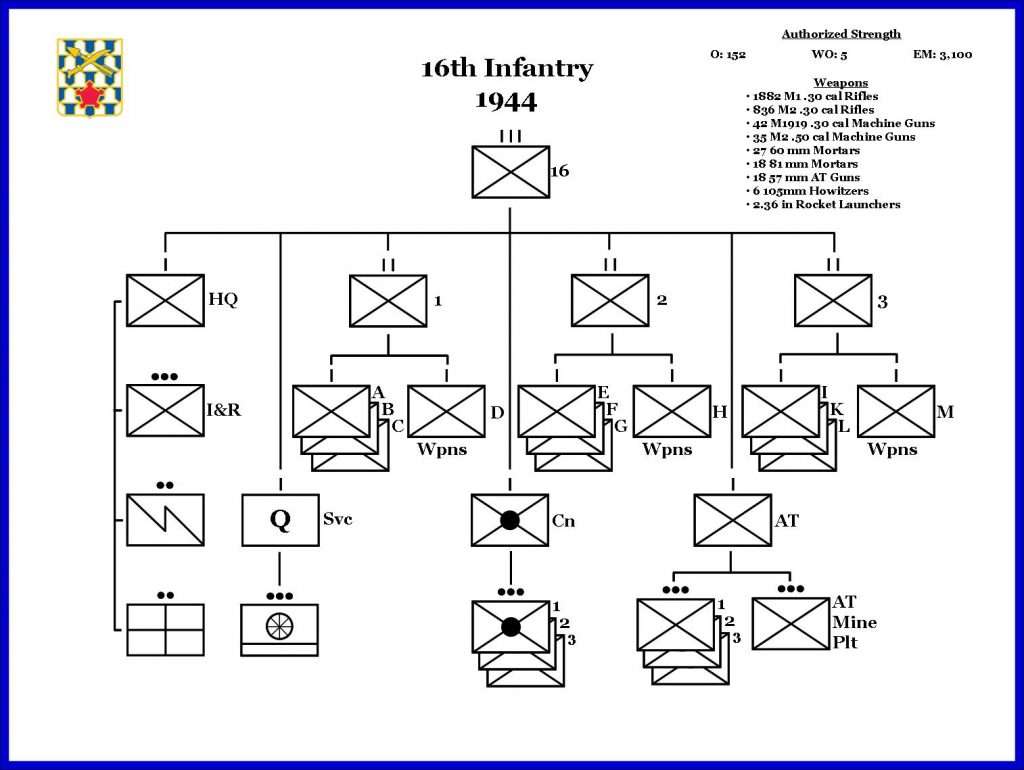