The post-World War II infantry regiment went through a number of changes, but none were major. Wartime experience illustrated the effectiveness of the tank infantry team and as a result, in 1947, the cannon company of the World War II regiment was replaced by a tank company. The tank company could be used in the same assault-gun and direct fire manner that the cannon companies were often used, but they could also be used in tank on tank combat in which the cannon company usually came out second best. In addition, the anti-tank company was eliminated and replaced by a heavy mortar company equipped with the 107mm mortar. Other than some tweaking with the size of the rifle squad and a few other equipment changes, the post-war regiment was remained much the same as its predecessor. The post-war regiment was slightly larger, consisting of 3,774 officers and men, but by the time of the Korean War, that strength was reduced to 3,531. The illustration below shows the last organization of the 16th Infantry as a full regiment. In 1957, the traditional regiment gave way to the battle group under the “Pentomic” concept. 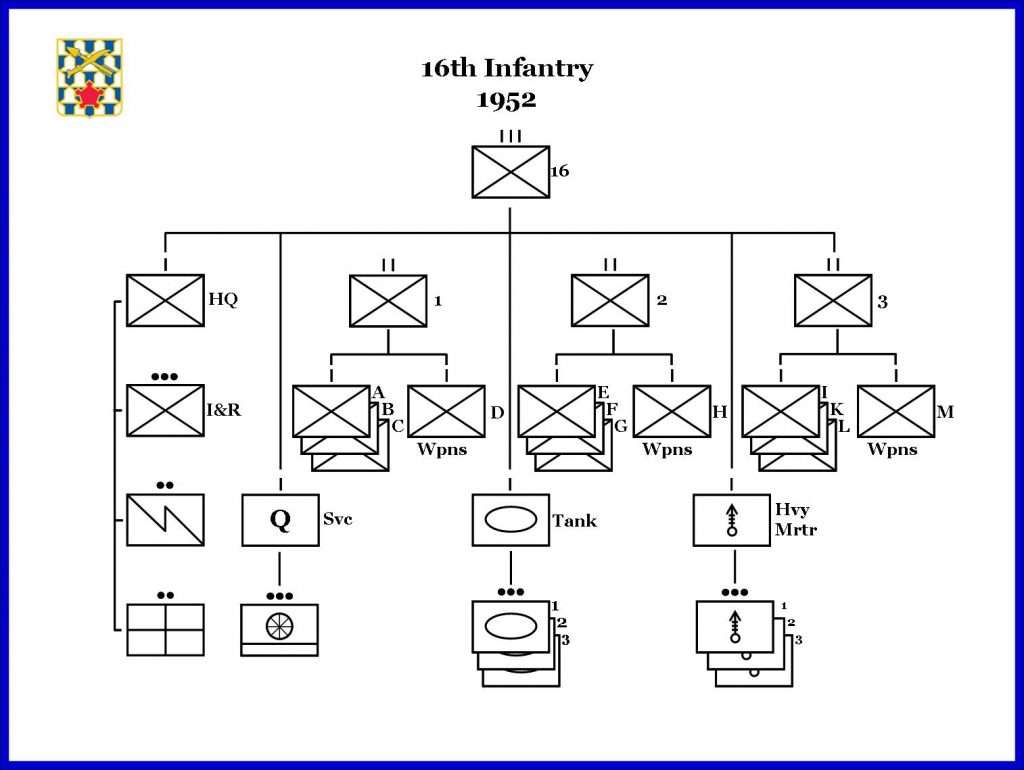