In 2006, as part of the 1st Brigade, the 1st Battalion was given a new mission to train Military Transition Teams (“MiTTs”) which would deploy to Iraq to advise and assist the units of the fledgling Iraqi Army. The battalion, however, was still required to maintain its ability to participate in overseas contingency operations. As a result, the battalion was reorganized into three deployable line companies (A, B, and C) and six MiTT training companies (D, I, K, L, M, and N). Between 2006 and 2008, the three deployable companies were sent on GWOT missions overseas: A Company was deployed to the Horn of Africa and B and C Companies each served in Iraq. Concurrently, the the MiTT training companies conducted one of the Army’s most important training missions back at Fort Riley. This mission was carried on by the battalion until 2009 when the responsibility was handed over to the Joint Readiness Training Center (JRTC) at Fort Polk, Louisiana. For its performance in training the Army’s MiTTs, the battalion was awarded the Army Superior Unit streamer for 2006-2009. 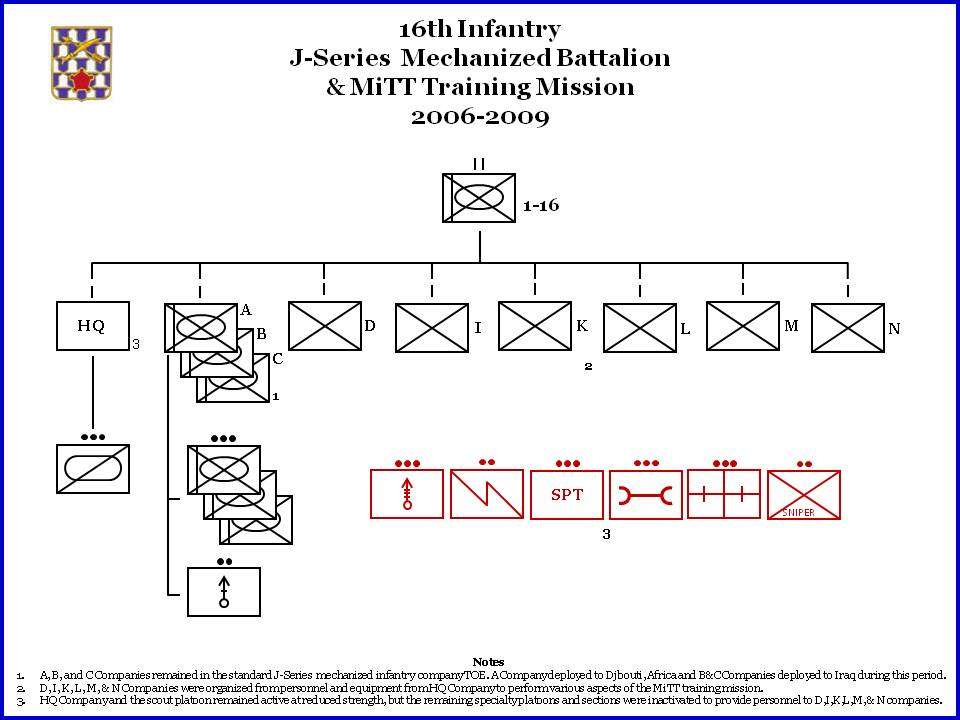