After completing its Military Transition Team (MiTT) training mission in 2009, the 1 Battalion began to reorganize as a new “Combined Arms Battalion” (CAB) which was, in essence, a mechanized infantry battalion with two tank companies permanently assigned in lieu of two of the traditional four rifle companies. This process was somewhat interrupted by the deployment of the battalion to Afghanistan in 2011 where the Iron Rangers were essentially employed as a light infantry battalion. On return of the 1st Battalion from Afghanistan in 2012, the unit rapidly returned to its CAB organization and spent the next 2 years re-learning the art of heavy force warfare. The CAB consists of a headquarters company of three specialty platoons and a sniper section. There are two rifle companies, each consisting of three rifle platoons and two tank companies each with three tank platoons. As with the 2nd Battalion, the Iron Rangers have a forward support company (FSC) under the battalion’s operational control. This relationship is more or less permanent as the troops FSC are billeted with and directly support the battalion in garrison or in the field on a 24-hour basis. 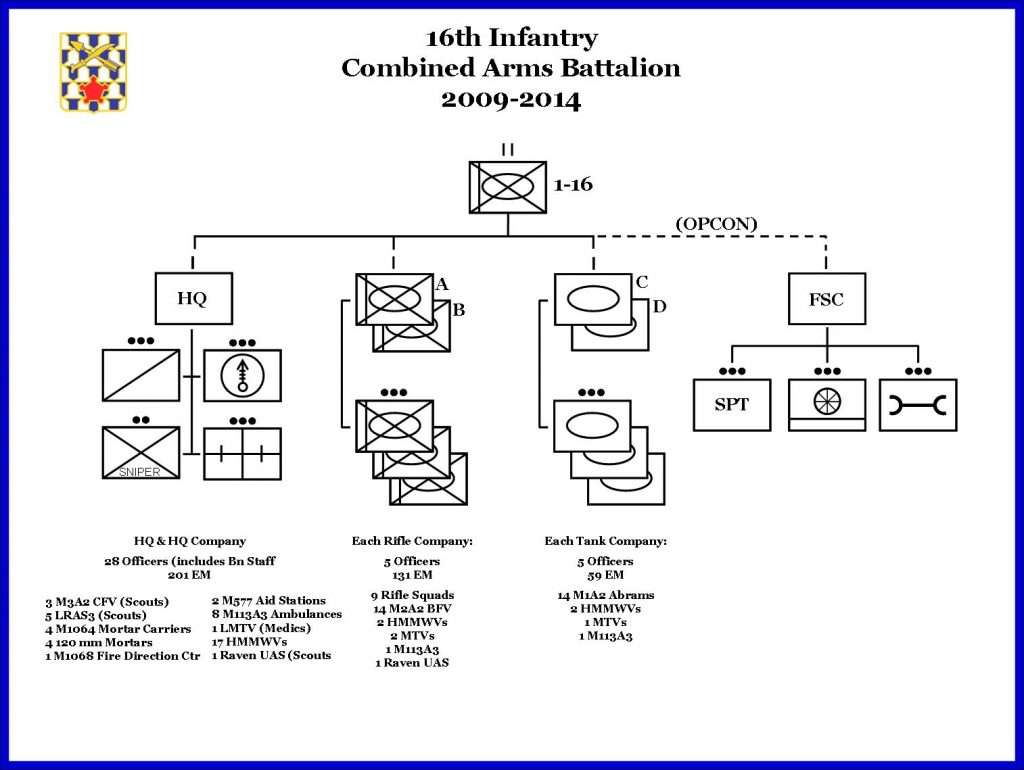