In January 2006, the 2nd Battalion, 16th Infantry was reactivated at Fort Riley under the U.S. Army’s new “modularity” concept as an element of the 4th Brigade Combat Team, 1st Infantry Division. At that time, as it is now, the battalion was organized under the Tables of Organization (TOE) shown below. The current infantry TOE consists of a headquarters company of three specialty platoons, a sniper section, and a communications section. There are four rifle companies, each consisting of three rifle platoons and a 60mm mortar section. The battalion also possesses a weapons company of three platoons which are equipped with 120mm heavy mortars and anti-armor weapons. Under the modularity concept, each infantry battalion has a forward support company (FSC) under its operational control. This relationship is more or less permanent as the troops FSC are billeted with and directly support the battalion in garrison or in the field on a 24-hour basis. 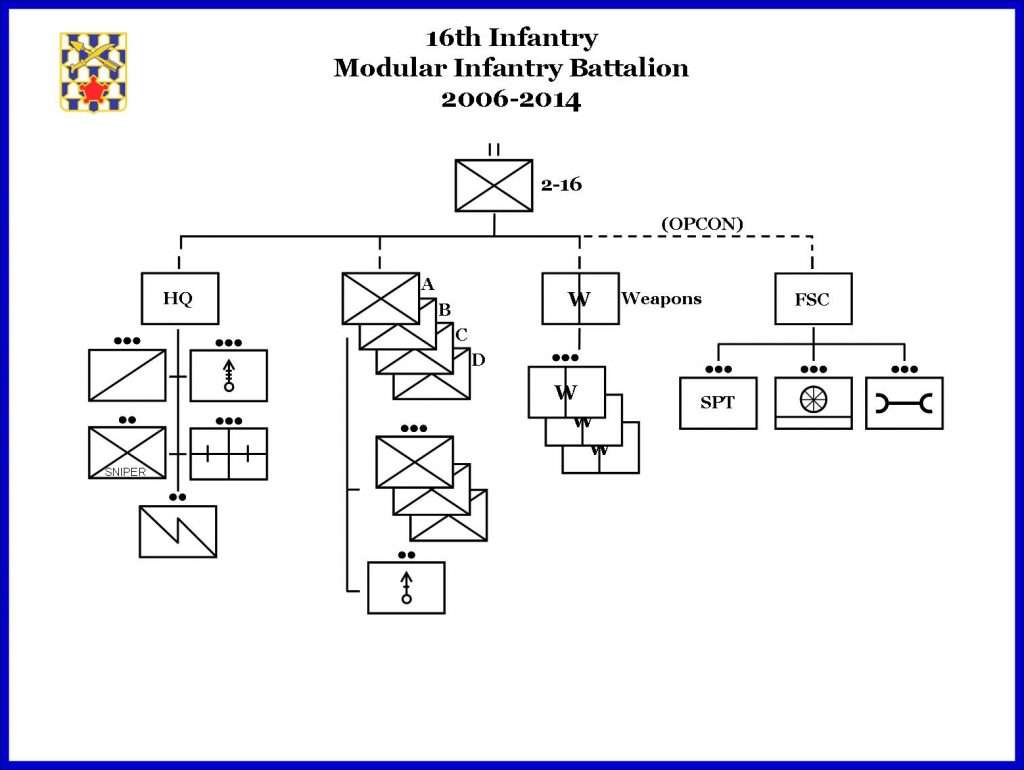