The ROCID battle group Tables of Organization and Equipment (TOE) gave way to an updated version in 1960 called the D-Series TOE. This version of the battle group included a number of key changes to how the unit was organized and equipped. The major organizational changes were the addition of another rifle company and the deletion of a rifle platoon in each company. Also, the mortar company evolved into a combat support company which now included not only the heavy mortars, but also a reconnaissance platoon, an assault weapons platoon, and a ground surveillance radar (GSR) section. In terms of equipment, in addition to the new GSRs, the battle group was now equipped with the new M14 rifle and M60 light machine gun. The assault weapons platoon also included two M56 Scorpion 90 mm light tanks which were really an assault gun more than a tank. Overall, the number of soldiers in the battle group was reduced, but with the new weapons systems, the D-Series organization was significantly more powerful that its predecessor. The Army Reserve’s 3rd Battle Group, 16th Infantry was the first of the regimental elements to reorganize under the D-Series TOE, followed by the 1st Battle Group in Germany and finally the 2nd Battle Group at Fort Riley. 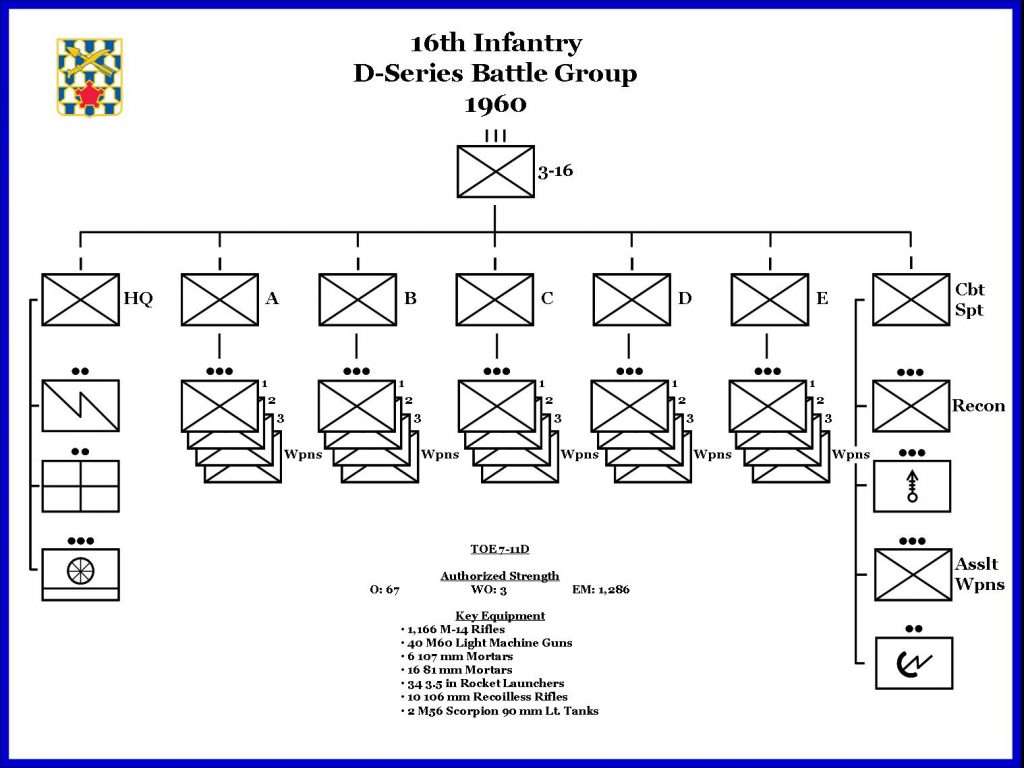