With increasing armored and mechanized capabilities of the Soviet Union and other Warsaw Pact countries in Eastern Europe, the US Army had to develop new ways to fight outnumbered and win. The Army developed the “AirLand Battle” concept to attack a Warsaw Pact invasion throughout its depth. A new TOE, the “J-Series,” reorganized mechanized Infantry battalions to include a fourth rifle company and a new anti-armor company equipped with the M901 Improved TOW Vehicle (ITV). The old Combat Support Company disappeared and its elements were absorbed into the battalion Headquarters Company which became a huge 300-man organization. This version of the J-Series was a temporary organization until a series of new combat vehicles began to come on line in the mid- to late-1980s. 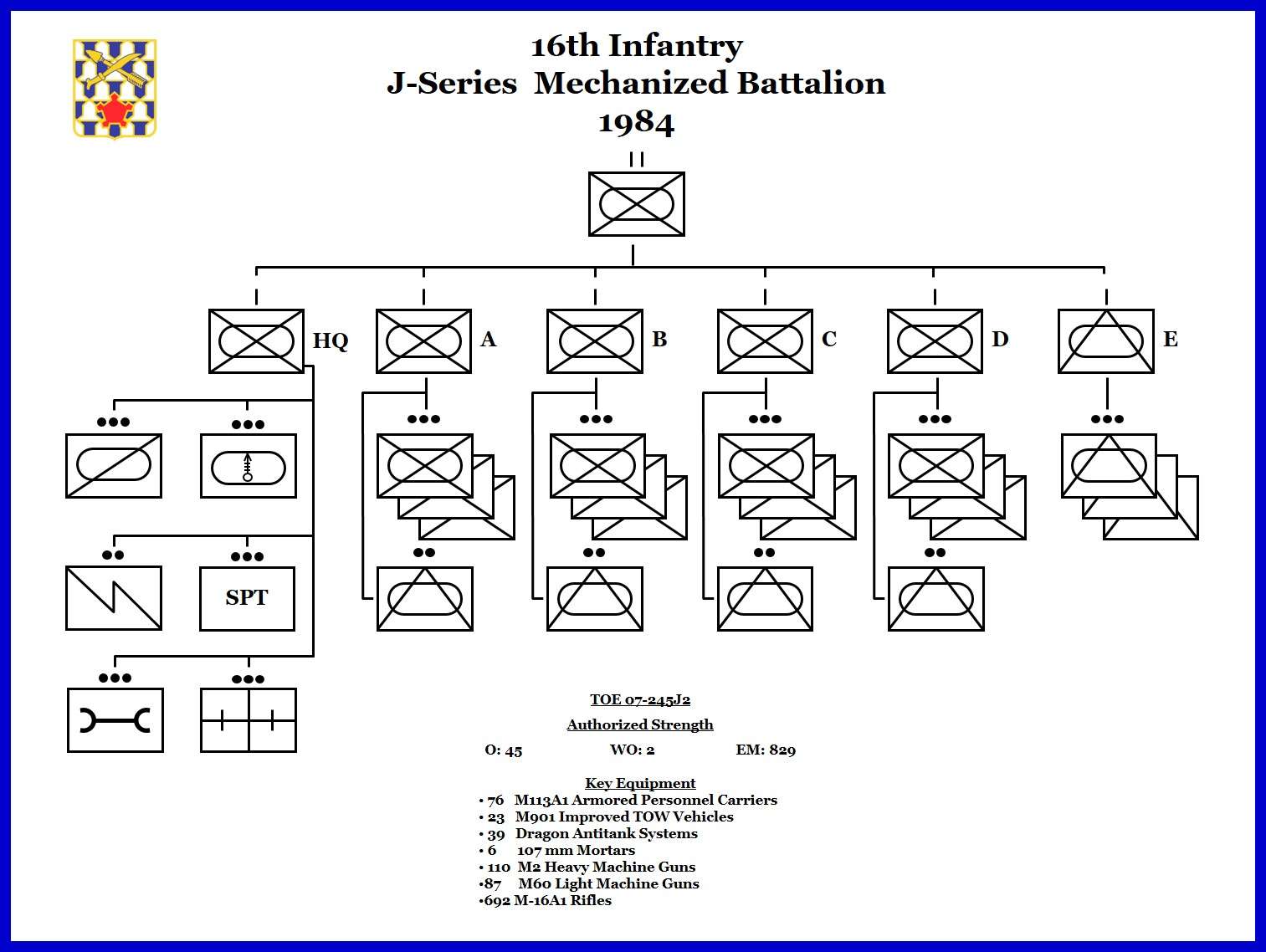