With the advent of tactical nuclear weapons and the belief on the part of political leaders that limited wars like Korea were unlikely in the future, the U.S. Army embarked on arguably the most significant reorganization of ground forces since 1917. This was the “Pentomic” concept, so-called due to the restructuring of divisions from three major maneuver units to five. The initial version of this new divisional structure for infantry divisions was based on a study designated Reorganization of the Current Infantry Division (ROCID). The test Tables of Organization and Equipment (TOE) for this new organization were tested and developed in 1955 and issued in 1956.

A Company, 16th Infantry was the first regimental element to organize under this new TOE when it was expanded and redesignated 15 February 1957 as the 1st Battle Group, 16th Infantry as part of the new Combat Arms Regimental System (CARS). The battle group organization under the test ROCID TOE consisted of a headquarters and headquarters company with five specialty platoons, four rifle companies and a mortar company. The rifle companies were large and consisted of four rifle platoons and a weapons platoon. The mortar company consisted of two platoons of 107mm mortars. This TOE was intended to be temporary pending the testing of the organization under various conditions. 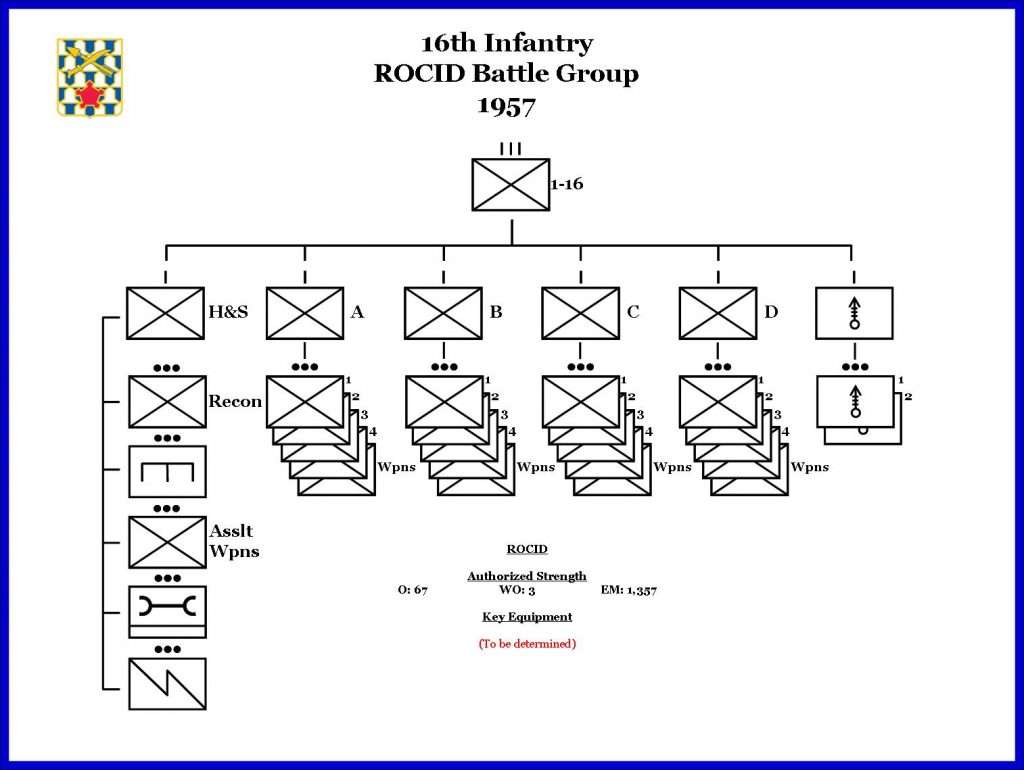