The 1st Battalion, 16th Infantry, nicknamed the “Iron Rangers,” is stationed at Fort Riley, Kansas. It is assigned to the 1st Heavy Brigade Combat Team, 1st Infantry Division. The battalion is organized as a Combined Arms Battalion consisting of mechanized infantry and armor companies. 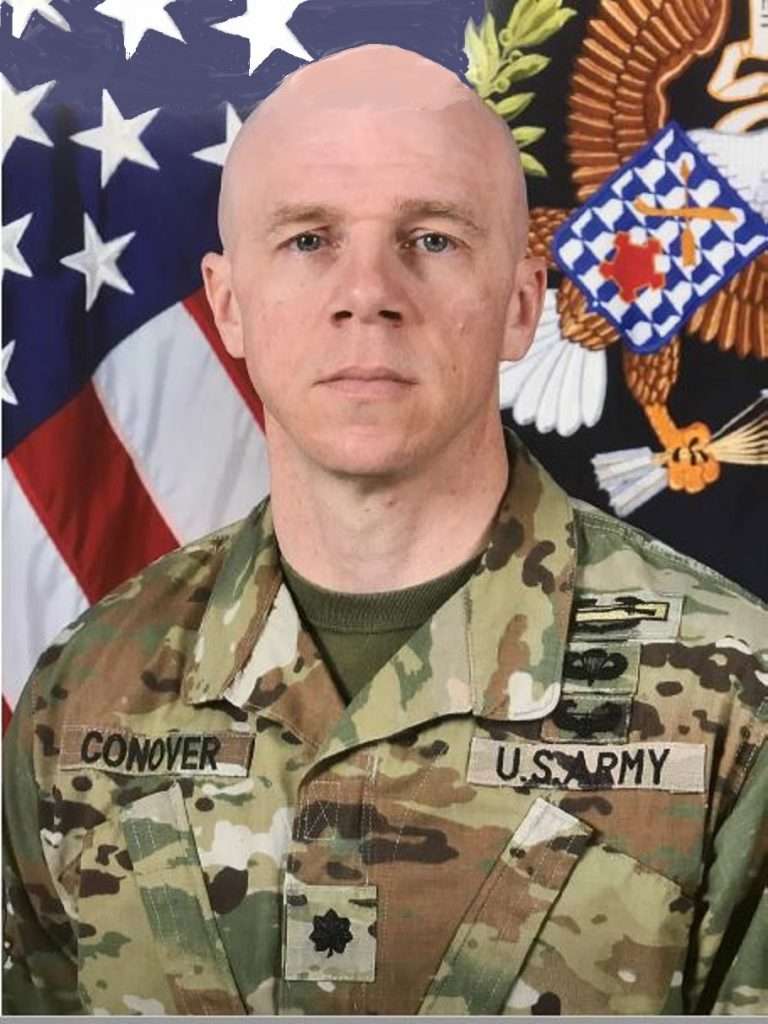 LTC Drew Conover assumed command of the 1st Battalion at Fort Riley on 2 March 2018. In 2001 Colonel Conover graduated from the Virginia Military Institute where he earned a commission as an Infantry Officer. Following completion of Infantry Officer Basic Course and Ranger School at Fort Benning, GA, LTC Conover was assigned to 1st Battalion, 187th Infantry Regiment, 101st Airborne Division where he served as a Rifle Platoon Leader and Company Executive Officer throughout a combat deployment to Iraq from 2003-2004.

LTC Conover later served as the Battalion S4 before returning to Fort Benning for attendance at the Infantry Captains Career Course (ICCC). Upon completion of ICCC, LTC Conover was assigned to 1st Battalion, 22nd Infantry Regiment, 1st Brigade Combat Team, 4th Infantry Division where he served as the Battalion Assistant S3 and as a Mechanized Company Commander throughout combat deployments to Iraq in 2006 and 2008. LTC Conover then attended the Command and General Staff College at Fort Leavenworth, Kansas, where he completed Intermediate Level Education (ILE) and the School of Advanced Military Studies (SAMS). LTC Conover was then assigned to 4th Brigade (Light), 4th Infantry Division where he served as the Brigade Planner and later, as the Operations and Executive Officer for 1st Battalion, 12th Infantry Regiment throughout deployments to Afghanistan in 2012 and 2014.

His final assignment in the 4th Infantry Division was as the Executive Officer to the Commanding General. His most recent assignment was with the United States European Command (USEUCOM) where he served as the lead planner for Counterterrorism Operations.