The following factiods provide an brief and interesting overview of the rich history of the 16th Infantry Regiment. We hope you enjoy browsing through them. 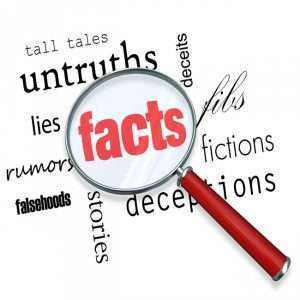 Date of constitution: 3 May 1861 as the 1st Battalion, 11th Infantry by decree of President Abraham Lincoln

Date of organization: July 1861-May 1862 at Fort Independence, Massachusetts and Perryville, Maryland.

Regimental motto: “Semper Paratus” (literally “Always Prepared” but, more properly, “Always Ready”)–Adopted in 1907. The officers and men who adopted the motto when stationed at Fort Crook rendered the translation as “Always Ready.”

Regimental nickname 1922-40: “New York’s Own.” Prior to World War II, the regiment was known as “New York’s Own” when it was stationed at Fort Jay, Governors Island, New York. It was adopted due to the regiment’s close association with New York City in the 1920s and 30s.

Regimental nickname 1948-Present: “Rangers.” Adopted in November 1948. The nickname was chosen to signify the vigilance, prowess, and spirit of the regiment. It was selected as the name for the regimental sports teams.

Organization Day: 4 October. On 4 October 1918, 16th Infantry was the only regiment in the entire First Army to take its regimental objectives in the U. S. Army’s opening attacks of the Meuse-Argonne campaign. In the assault it took the town of Fléville and then withstood the furious counterattacks and artillery barrages of several German divisions for six days.

1st Battalion: “Iron Rangers” Adopted in October 1968 in Vietnam when the battalion was reflagged from the 5th Battalion, 60th Infantry, as a mechanized Infantry battalion.

2nd Battalion: “Rangers” The traditional nickname of the 16th Infantry.

3rd Battalion: “Maine Rangers” Adopted due to the location of that battalion in Maine when active there as an Army Reserve unit.

4th Battalion: “Blue Devils” Adopted in 1983 in honor of the 47th French Division (Chasseurs Alpines) which trained the 16th Infantry in World War I and used the same nickname. The battalion changed the nickname to “Ranger Forward” in November 1986.

5th Battalion: “Devil Rangers” Adopted in 1983 to indicate that the battalion was assigned to the 1st Brigade, 1st Infantry Division, which uses the tactical callsign “DEVIL.”

Nickname of the 16th Infantry unit insignia: “Checkerboards” Coined by soldiers in the regiment when it was stationed in Germany in the 1940s & 50s.

Regimental Song: “Sidewalks of New York.” Adopted in the 1920s when the regiment was stationed at Fort Jay, Governor’s Island, New York. The regiment also used “Rosamunde” (more commonly referred to as the “Beer Barrel Polka”) as a marching tune and sports team fight song between 1946 and 1955.

Number of Medal of Honor recipients: 11

Number of campaign participation streamers awarded to the regiment: 53

Number of countries where major elements of the regiment have fought or been stationed for significant periods: 23