Regimental Stations in the Philippines 1905-1907

The 16th Infantry boarded the USAT Sheridan at the Presidio of San Francisco 31 May 1905 for its second tour of duty on the Philippines. The Sheridan arrived at Manila Bay on 26 June. There, the regiment, less 2d Battalion, traveled by cascoes to Fort William McKinley nine miles southeast of Manila. Concurrently, the 2d Battalion traveled by cascoes to Malahi Island in Laguna de Bay to garrison that island and provide guards for the prison there. The 16th Infantry’s second tour in the Philippines was not to be as exciting as its first. Other than the usual inspections, target practice, and garrison duties, the regiment had few remarkable events about which the men could write home. The major event took place in the summer of 1906 when troubles brought on by the Pulajane tribesmen on Leyte Island boiled over. commanded by Maj. Gen. Henry C. Corbin, commander of the Philippine Division directed a battalion of infantry to that distant location to quell the problem. The unit selected was the 2nd Battalion which departed on 13 August and disembarked at Tananan on the 16th. The battalion headquarters was established at Camp Bumpus near Tacloban.

Throughout August, September, October, and November, the companies of the battalion conducted aggressive patrolling activities, but no engagements occurred. To better secure the areas under the battalion’s purview, the companies were deployed in December as follows: Company E at Dagami, Company F at Abuyog, Company G at Tolosa, and Company H to Burauen. By February 1907 the troubles had subsided and the 2nd Battalion was ordered back to Fort McKinley. On 24 May 1907 the regiment was ordered to return to the United States to take station at Fort Crook, Nebraska. On 15 August 1907, the men of the 16th boarded the USAT Sherman in Manila Harbor for the month-long journey that took them to Nagasaki, Japan, then back to the United States where it arrived at the Presidio of San Francisco on 16 September. 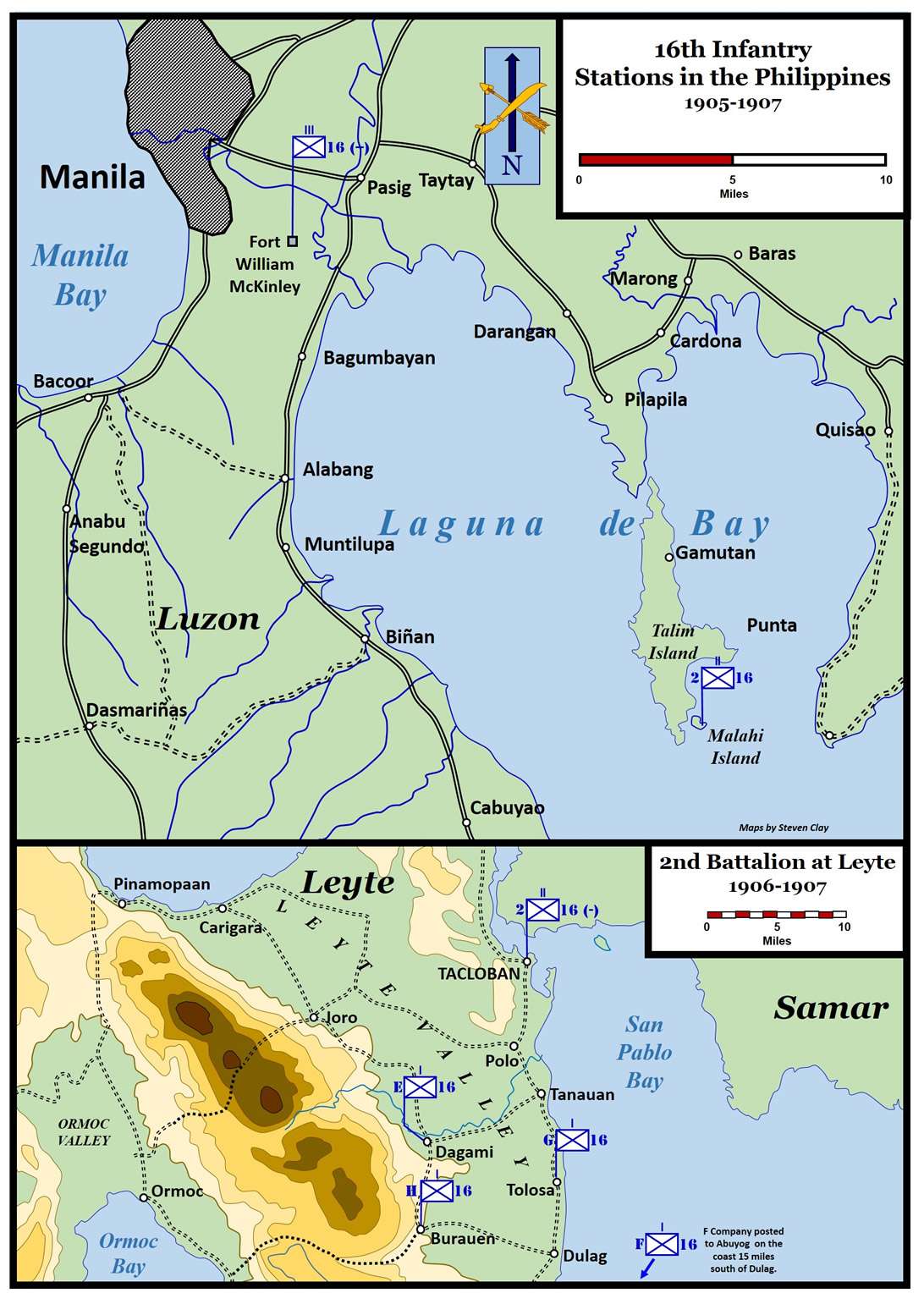