After the capture of San Juan Hill, Maj. William H. McLaughlin gathered Companies B, C, and H and, about 4:30 p.m. on 1 July, moved them into position on an adjacent ridge to the south of the blockhouse. These troops provided supporting fire for the 10th Infantry’s attack that assaulted a trench line about 400 yards away. This attack was completed in the dark, and units began entrenching and improving existing trenches. The remaining units of the 16th moved to join McLaughlin’s force that night, while Teddy Roosevelt’s 1st U.S. Volunteer Cavalry came over from Kettle Hill and began to improve positions on the 16th’s right, on San Juan Hill itself. The forward entrenchments were finished about 3:00 a.m. on 2 July, and Companies B, G, and H occupied the position with the remaining companies stationed behind in support. At dawn, Spanish troops delivered a heavy fire that continued in spasms throughout the day. About 10:00 that night, Spanish troops made a determined assault against the regiment but were readily defeated by superior American marksmanship. The regiment manned these positions until 10 July, when it was moved to a position about one and a half miles northeast of the city of Santiago itself. There it was detailed to protect three batteries of artillery (Haine’s, Parkhurst’s, and Hamilton’s Batteries) engaged in the bombardment of the city. It remained in those trenches until July 17, when the Spanish surrendered. The fighting in Cuba was over. 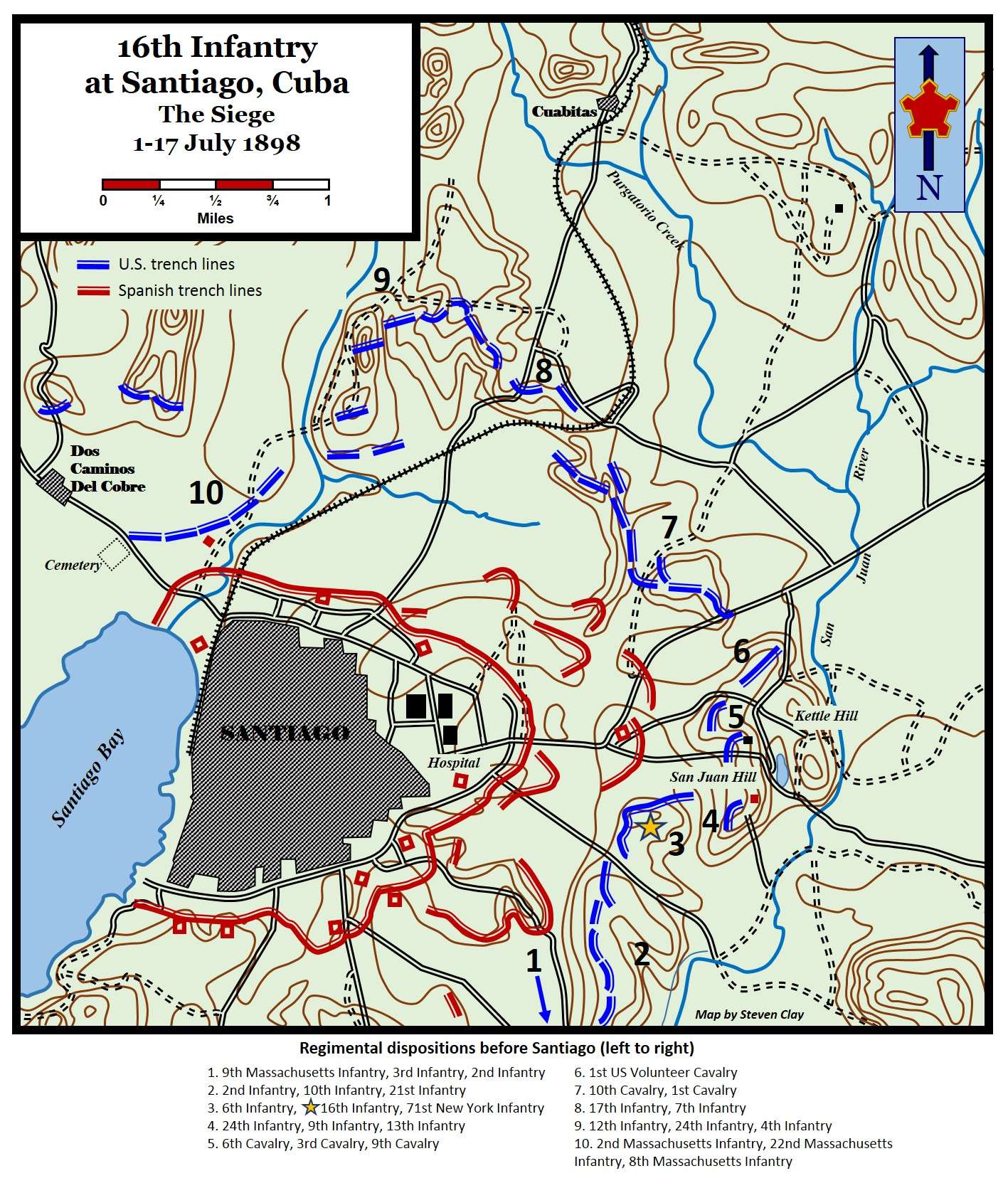