By 16 September, the 11th U.S. Infantry had marched with the Army of the Potomac to the vicinity of Sharpsburg, Maryland, in an effort to destroy, or at least turn back, Lee’s Confederates who had invaded the north for the first time. The following day, the Regiment was posted on a ridge to the southwest of the Middle Bridge guarding Union artillery batteries positioned there. From their vantage point, the troops of the 11th Infantry watched the panorama of the Battle of Antietam unfold before them on that bloodiest of days. In particular, they watched with interest most of the other Regular regiments cross the Middle Bridge and approach the town of Sharpsburg up the slopes leading up to the town.

Against feeble resistance, the Regulars made their way forward while General Sykes sent word to General Porter for reinforcements to make a major assault to take the town. Had such an attack been made, it is likely that the Fifth Corps would have cut Lee’s army in two, allowing the Confederates to be destroyed piecemeal. Porter and McClellan demurred, however, and a great opportunity to win the battle—and likely the war—was lost. 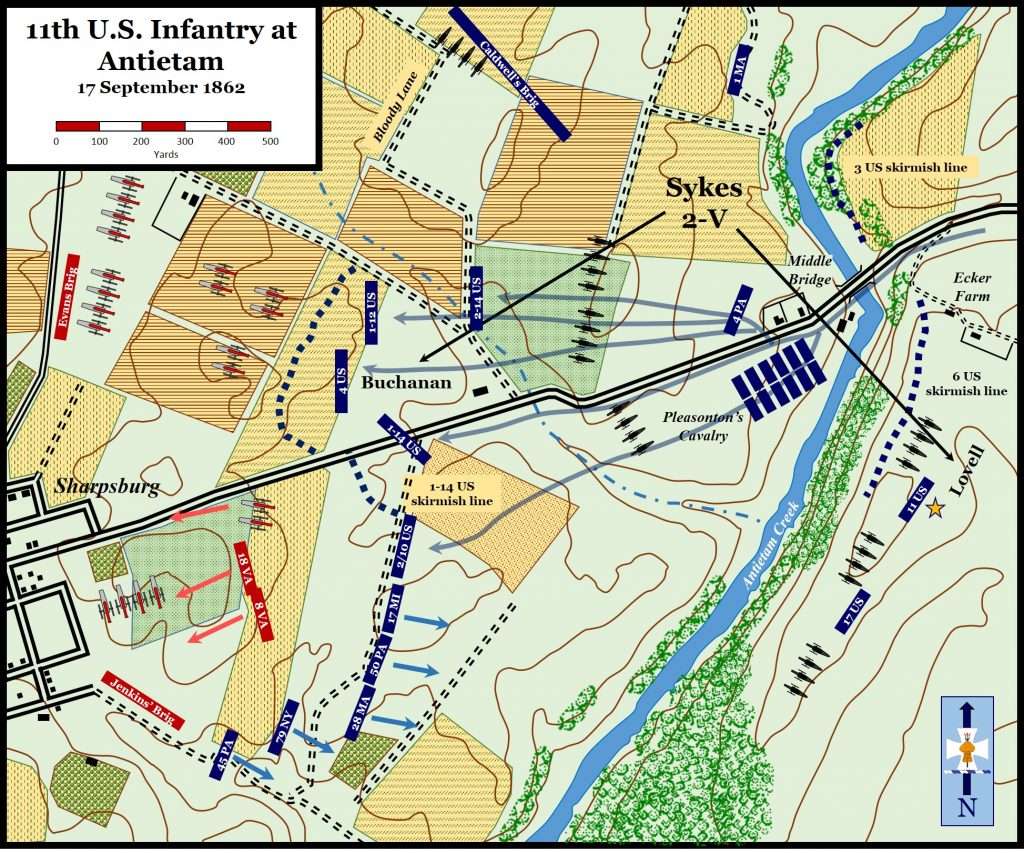