The Battle of Gaines’ Mill was the 16th Infantry Regiment’s Baptism of Fire. The battle took place on 27 June 1862 near Richmond, VA, as part of Major General George B. McClellan’s Peninsula Campaign. During the battle our regiment, then known as the 1st Battalion, 11th U.S. Infantry, was assigned to support Captain Augustus P. Martin’s 3rd Massachusetts Battery. The regiment suffered over 40 killed and wounded in a relatively short period when the Confederates succeeded in breaking through the Union line in the division to the left of the regiment in the early evening. The “Regular Division,” otherwise known as the 2nd Division, Fifth Army Corps, commanded by Major General George Sykes, formed a final line between the McGehee and Adams Houses long enough for the rest of the corps to get across the Chickahominy River in the dark. 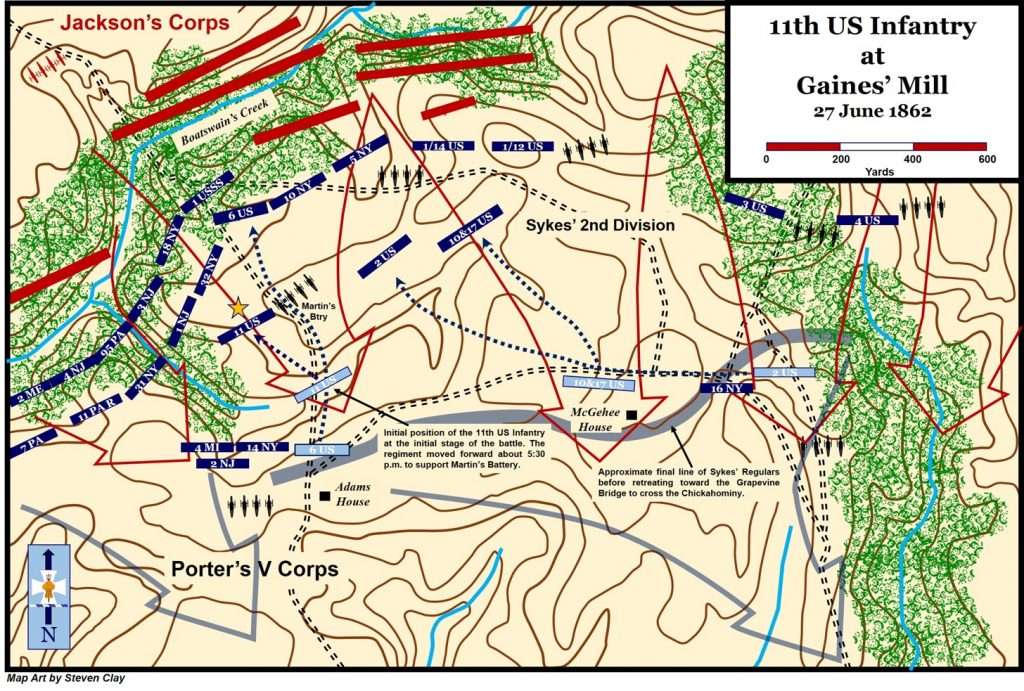