The 11th U.S. Infantry, in the van of the Fifth Army Corps (now commanded by George Sykes), arrived on the Gettysburg battlefield early on the morning of 2 July after a long, hot march most of the day before. After an initial brief skirmish in the woods near Wolf Hill, the Regular Division, now commanded by Brigadier General Romeyn Ayres, was moved just to the south of Powers Hill where it rested most of the day. In the late afternoon, Meade (now commanding the Army of the Potomac) ordered Sykes to move his corps south to a hillock soon to become known as Little Round Top.

There the Regular Division, less the 3rd Brigade, was drawn up in battle line and advanced across Plum Run to Houck’s Ridge on the far side. The 2nd Brigade was soon wheeled to the left into Rose Wood where it battled the advancing troops of Anderson’s and Semmes’ Confederate brigades. After about 45 minutes of fighting, additional Confederate brigades, which had broken through General Dan Sickles’ Third Corps, were able to flank the Regulars in the Wheatfield and get into their rear along the Peach Orchard road. The division’s position now being untenable, Ayres ordered it wheeled about and marched it back across Plum Run. The Regulars took fire from three sides during the retreat and casualties were heavy. On the far side, the division was drawn up near the foot of the hill and began to volley in return. The counterattack by General Crawford’s Pennsylvanians cleared the Confederate troops from Ayres front as the evening dark gathered and the fighting soon tapered off. 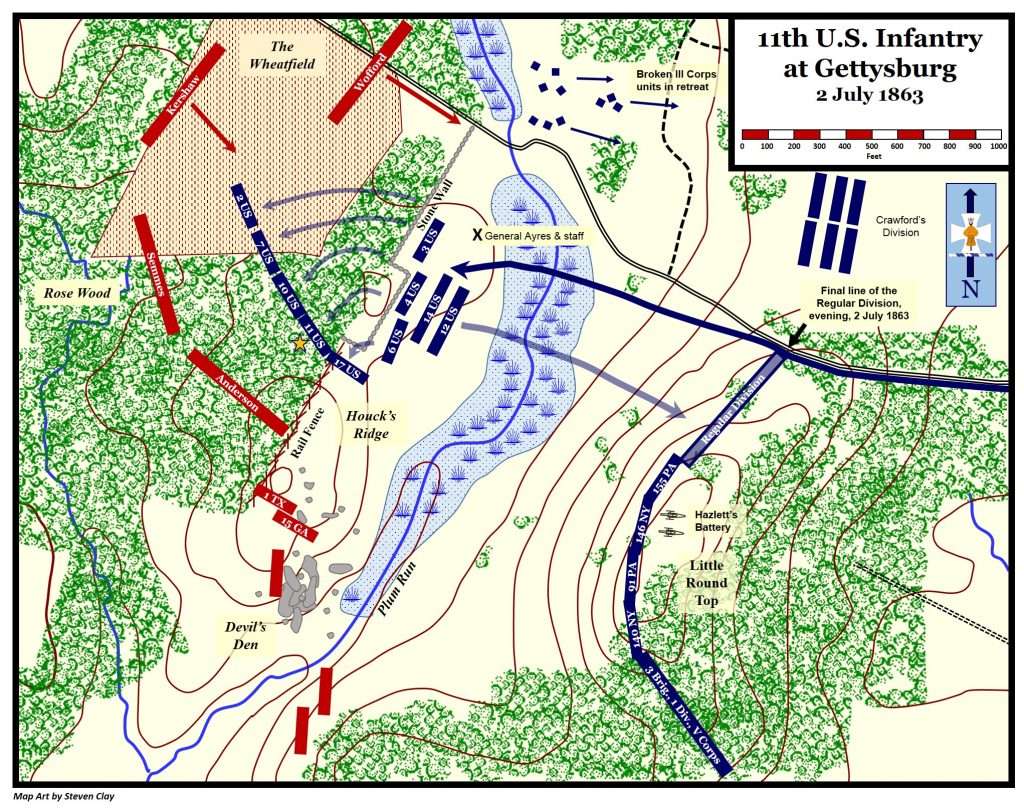