On 20 September 1862, three days after the fighting at Antietam, Porter sent part of Sykes’ Division, reinforced by troops from other divisions, across the Potomac into Virginia at Boeteler’s Ford to find out what Lee was up to. After crossing the river and ascending onto the bluffs, the 2nd Brigade, including the 11th U.S. Infantry, deployed in battle order and moved south. Advancing about mile, the Federals encountered several brigades of Stonewall Jackson’s Corps drawn up in battle order and a heavy fire soon developed. Sykes, realizing his command on the south side of the river was heavily outnumbered, directed additional troops to cross and support the fighting retreat of the 2nd Brigade. All troops moved back to the bluffs overlooking the river where they, and Federal batteries drawn up on the north side bluffs, held the Confederates in check until the stranded command could get back into Maryland. 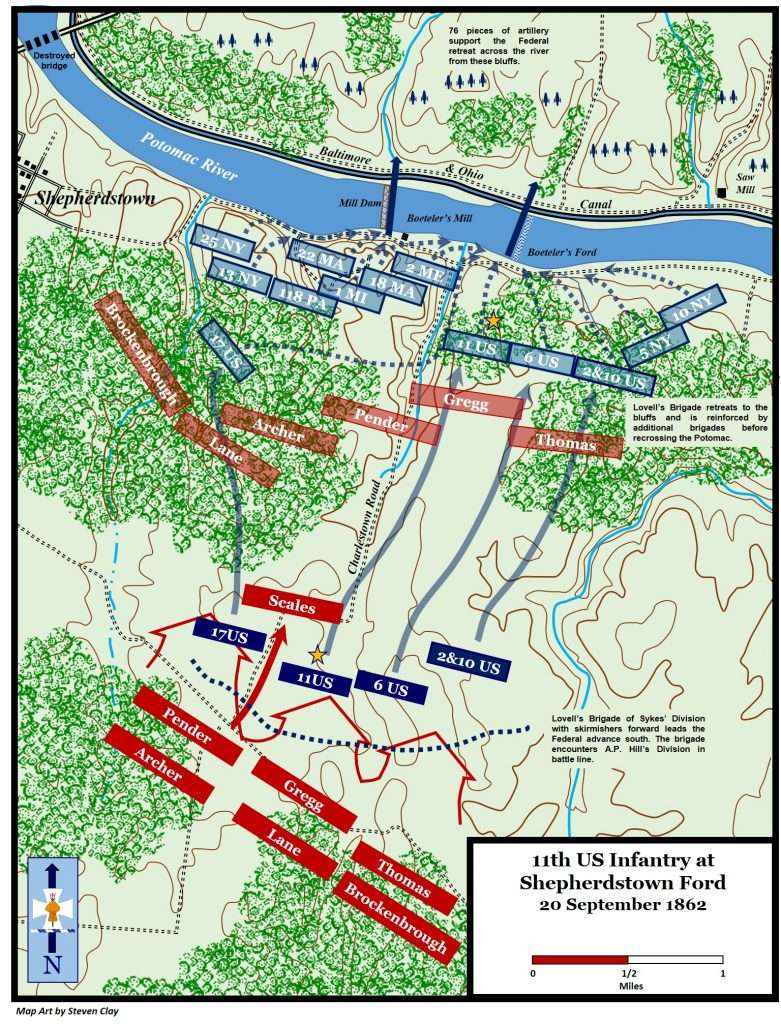