Battle of Spotsylvania, Laurel Hill, 8 May 1864

On the morning of 8 May, the Fifth Corps, once again leading the army along the Brock Road, come across elements of A.P. Hill’s Third Corps digging in on a slight rise astride the road near Spotsylvania Court House. Major General Gouverneur Warren, now commanding the Fifth Corps, ordered an immediate attack. Unfortunately, the initial attack was not organized and piecemeal. Bartlett’s and Denison’s brigades launched early before any others, including the Regulars, could come on line to participate. Once the Regulars were deployed and Sweitzer’s Brigade with them, they moved forward to support the advance of the lead brigades. Those two, however, weak in numbers and not coordinated, quickly melted away.

The remnants of Bartlett’s and Denison’s commands filtered through and past the Regulars and Sweitzer as the advancing brigades moved up to a ridgeline on which the Spindle House was perched. Firing from the reverse slope and waiting for additional troops to come up, the Regulars traded heavy fire with Anderson’s I Corps troops for about 30 minutes. When he realized that there was no one else coming up to support his command any time soon, Major General Charles Griffin, commanding the division, ordered his two brigades back to the start line at the edge of the woods. The Regulars dug in there along a dirt track where they would remain for the next five days participating in sporadic demonstrations and supporting attacks. 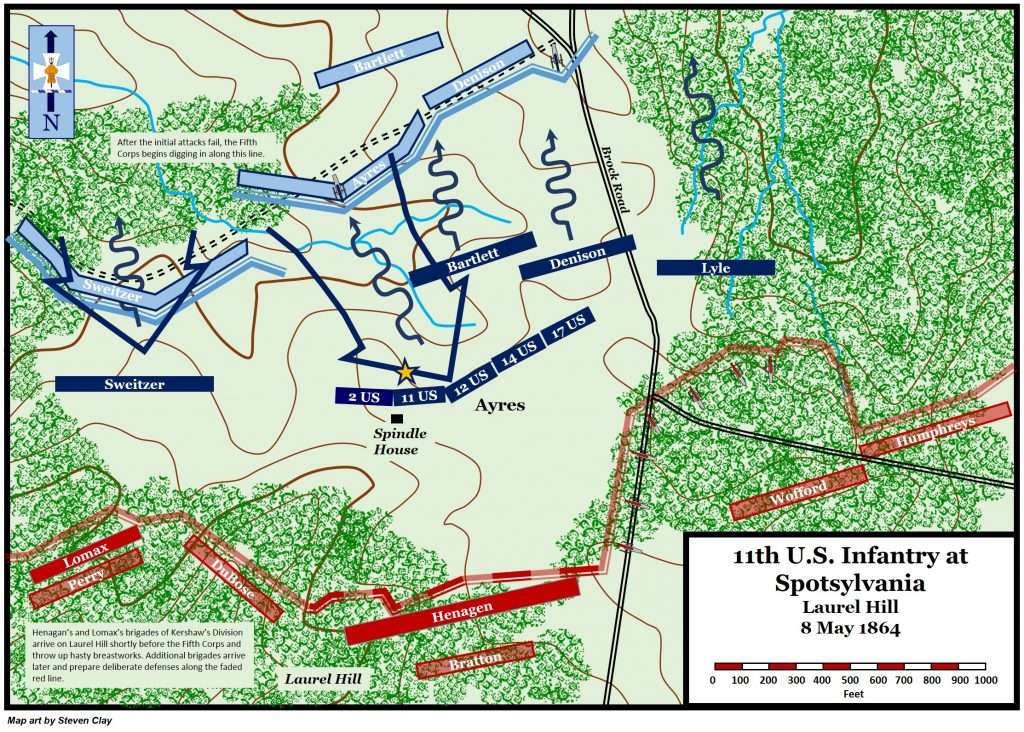