After the fighting at Malvern Hill, the Army of the Potomac retreated to a natural defensive position along the James River, commonly referred to as “Harrison’s Landing.” General McClellan planned to use Harrison’s Landing as a place where his army could rest, refit, and resupply after the heavy fighting in the recent Seven Days battles before Richmond. Four of the army’s five corps were placed in defensive positions covering the most vulnerable approaches to the position. The V Corps was placed in reserve to be ready to support any part of the line that might be threatened by attack. Sykes’ Regular Division was encamped along Herring Creek as shown. It was here at Harrison’s that F and H Companies joined the 11th U.S. Infantry’s 1st Battalion on 5 July to bring the regiment in the field to a full eight companies for the first time. After receiving these replacements and getting some rest, the 11th Infantry, along with the rest of the Regular regiments, began to drill, reequip, and otherwise prepare for future missions. The V Corps departed Harrison’s Landing on 14 August with orders to join Major General John Pope’s new Army of Virginia near Centerville. That movement was the beginning of the Second Manassas Campaign for the 11th U.S. Infantry. 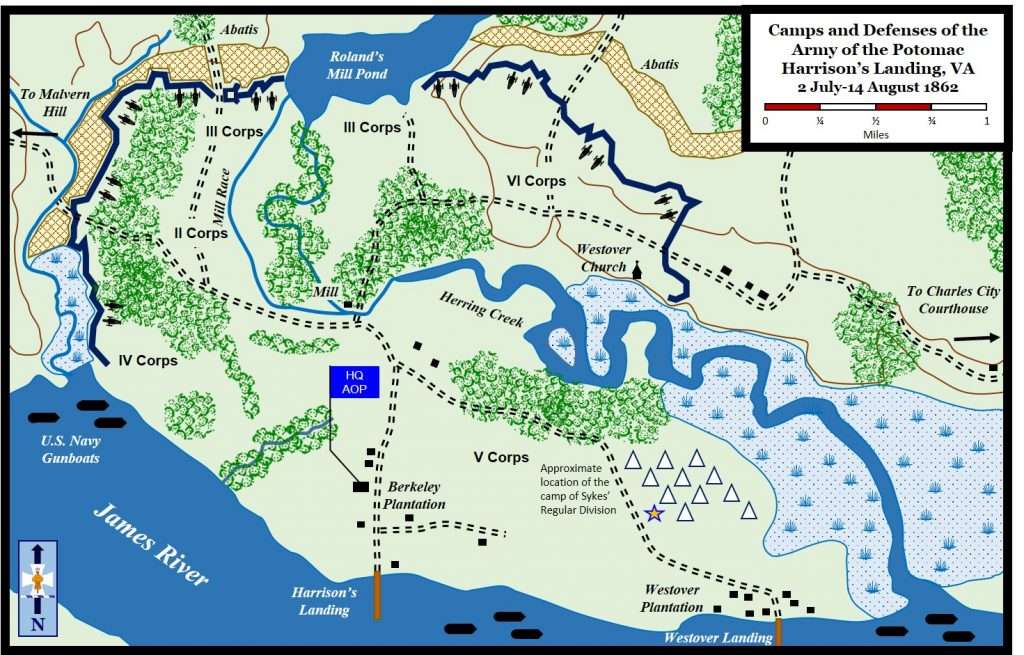