About a month after the fight near Boeteler’s Ford, the 2nd Brigade, including the 11th U.S. Infantry, joined the next major reconnaissance south of the Potomac. This time, the Regiment joined Maj. Gen. Andrew A. Humphreys, 3rd Division, but as before, the Regulars were placed in the lead. After passing through Shepherdstown, the Regulars deployed to the fields on the east side of the road and headed towards Leetown, nine miles away. On approaching Kearneysville, the Regular’s skirmishers began encountering those of Winder’s Confederate brigade and drove the rebels before them until passing the town. Just to the southwest of Kearneysville, Humphrey’s command detected the rest of Winder’s brigade deployed on a small rise in the distance. After some heavy firing which nevertheless caused few casualties, the Confederates withdrew. The following day, Humphrey’s division entered Leetown, and, mission complete, soon after marched back to the Federal camps near Antietam. 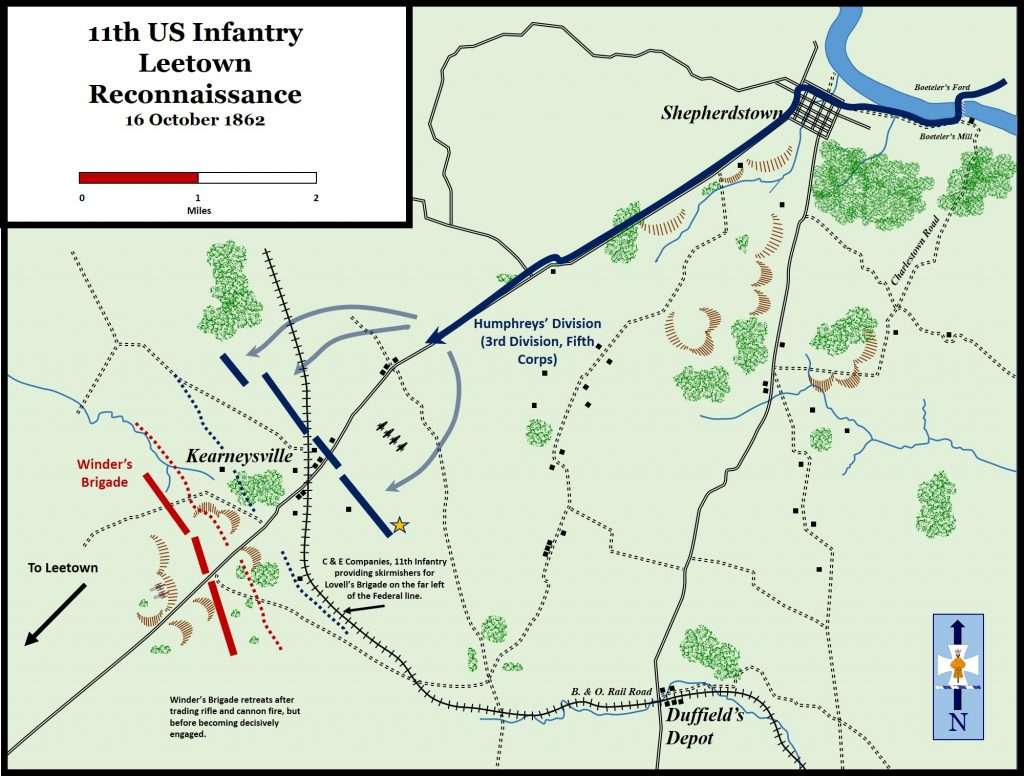