Departing Harrison’s Landing, the 11th U.S. Infantry, as part of the Fifth Army Corps, marched overland down the Peninsula to Fort Monroe. There the regiment boarded a ship for transport to Aquia Creek Landing. Debarking there on 19 August 1862, the Fifth Corps marched passed Fredericksburg through central Virginia to Warrenton, where it arrived on 27 August. On 30 August, the 11th Infantry was posted, along with the two Regular brigades of Sykes’ Division, near the Dogan House on the Manassas battlefield. After sparring lightly with rebel skirmishers and dodging shot and canister much of the afternoon, the Regulars were hurriedly moved to a position on Henry House Hill along the Sudley Road. The division, along with Milroy’s and Meade’s brigades and several batteries, were posted there to check the sudden breakthrough of Longstreet’s Corps on the Federal left. Arriving just in time, these Union troops sent volley after volley into the Confederate brigades as they pushed their way through the woods short of the country lane. The stand of the Regulars and these other Federal units on the hill allowed time for the rest of Pope’s Army of Virginia to escape across the Stone Bridge to safety. That evening, Major General Irvin McDowell said of the Regulars as they passed over the bridge, “God bless them, they saved the army!” 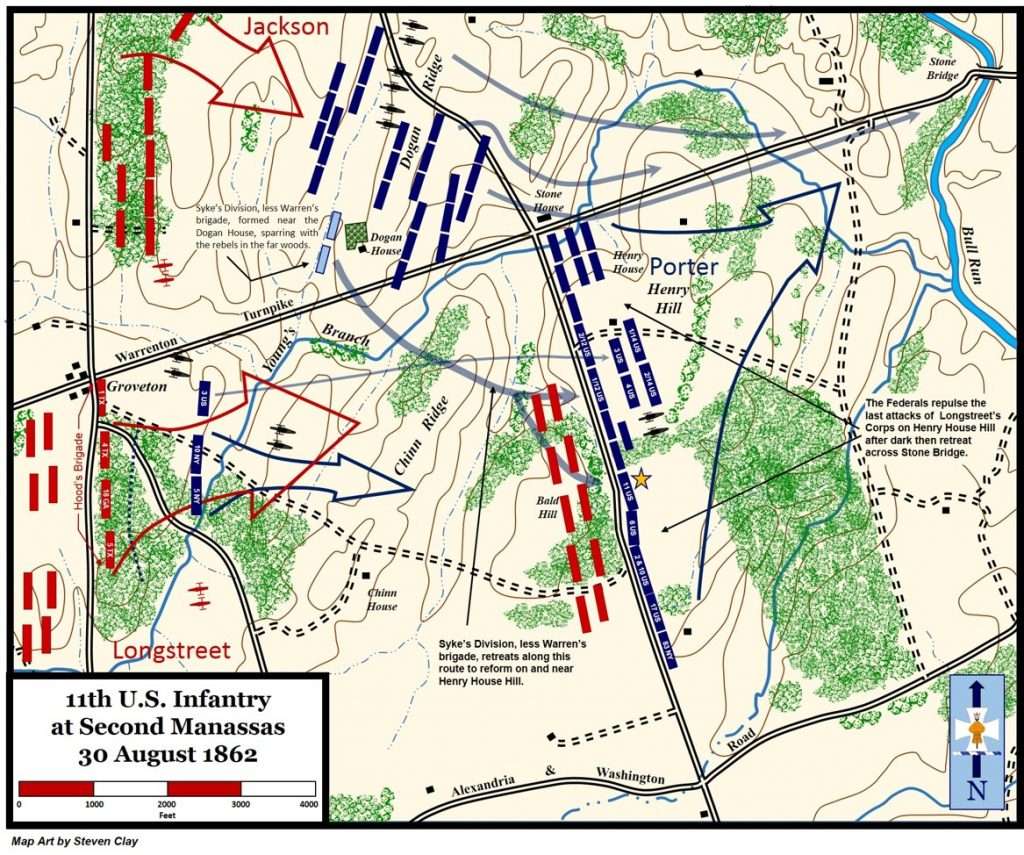