After its breaching operations, the Big Red One’s 1st Brigade, consisting in part of the 5th Battalion, 16th Infantry and the 2nd Battalion 34th Armor, turned east and drove deep into enemy territory toward Phase Line Utah. En route on the 25th, the Iron Rangers also encountered the Iraqi 110th Infantry Brigade. In a brief skirmish, that brigade’s commander was scooped up by soldiers of the battalion. Like its brother battalion, the 5th Battalion was rounding up hundreds of enemy prisoners who had no fight left in them by this time. Ahead, however, the vaunted Republican Guard was known to be positioned at a place on the map called Objective NORFOLK. On the night of 26 February 1991, the 1st Brigade next collided with the Republican Guard’s Tawalakana Division and the 37th Brigade, 12th Armored Division. The fight developed into a division-level battle and before dawn the Big Red One had destroyed both enemy formations. Enemy losses included more than 40 tanks and 40 infantry fighting vehicles. The 1st Infantry Division continued to exploit its success on the 27th by capturing and pursuing the demoralized Iraqi forces for the rest of the day. 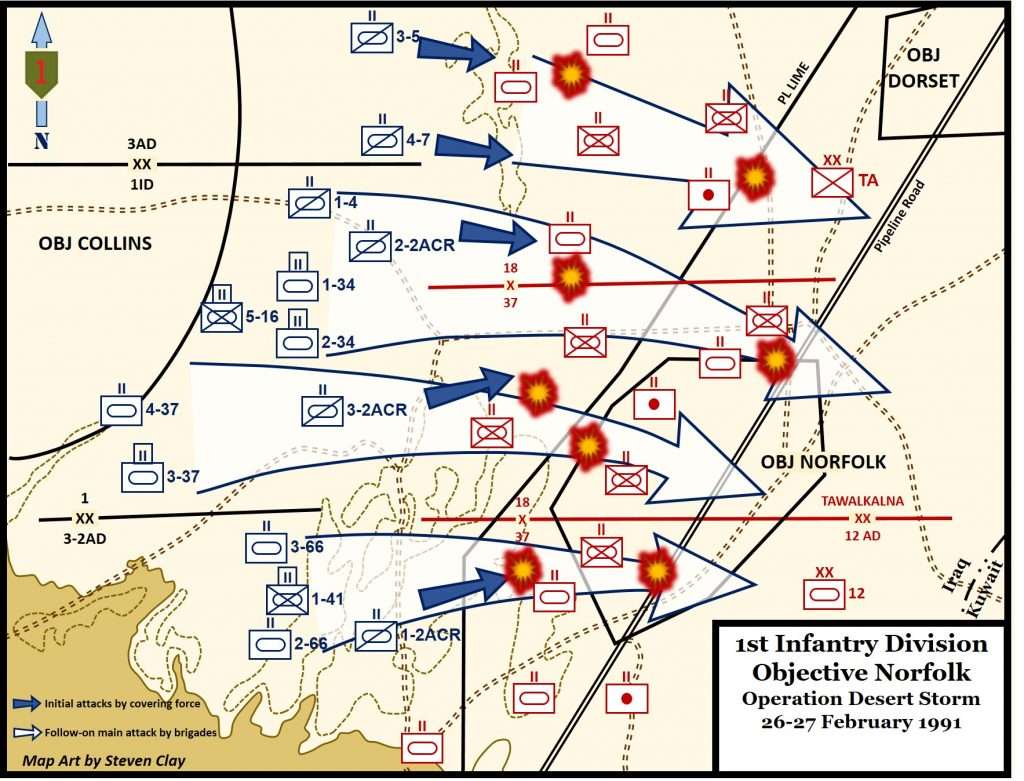