Following the Battle of Objective NORFOLK, the 5th Battalion raced ahead to assist in cutting the Iraqi lines of retreat from Kuwait City. As it approached the highway moving north out of Kuwait City and into southern Iraq, the Big Red One destroyed scores of enemy vehicles and took thousands more prisoners as the division’s units advanced. About 2000, 27 February, the division’s 1st Squadron, 4th Cavalry, seized the main highway leading north out of Kuwait and barred the Iraqis’ escape. By the next morning, the rest of the division had taken up positions along the highway completely blocking any further movement north by the Iraqi Army. The cease fire was announced at 0800 on 28 February and the war was essentially over. Soon after, the 2nd Battalion was ordered to the vicinity of Safwan Airfield in Iraq. There, the Rangers were tasked with securing the site where on 3 March 1991 the negotiations were held between coalition forces and Iraqi leaders to finalize the cease-fire agreements. In this conflict the regiment earned 4 campaign streamers and each of the 2nd and 5th Battalions earned a Valorous Unit Award Streamer embroidered IRAQ-KUWAIT. 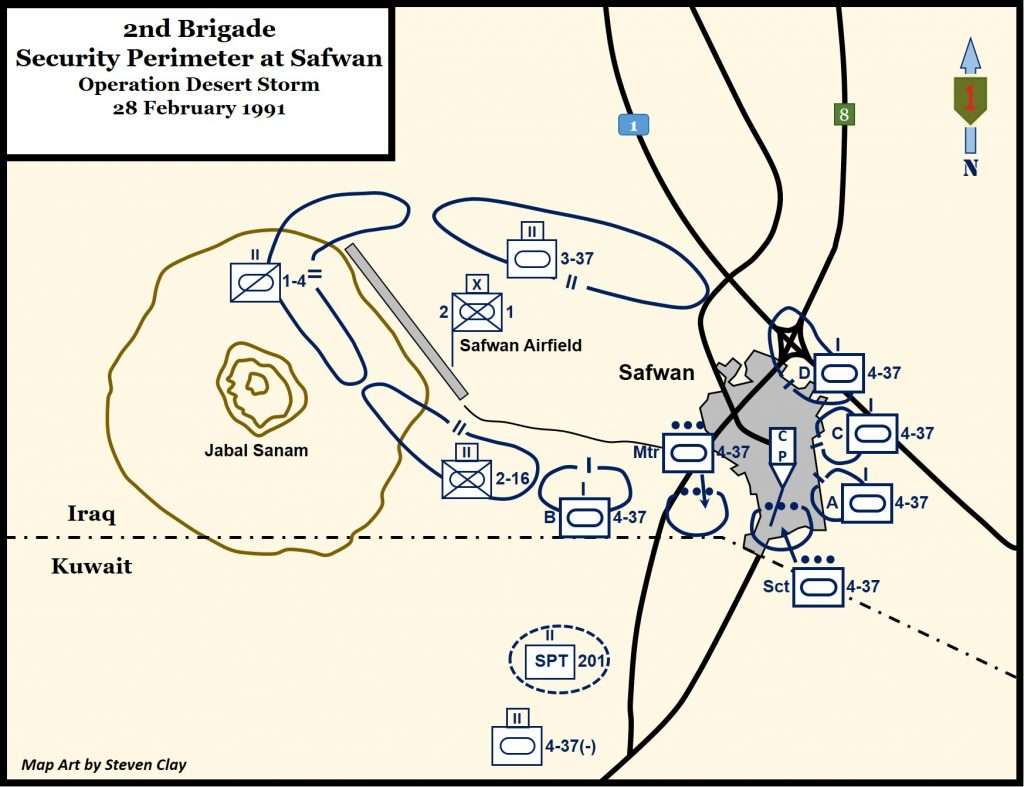