Westward expansion continued to cause friction and conflict with the Indians, so the regiment was initially sent to posts in Kansas and Oklahoma. The headquarters was established for the first time at Fort Riley with which the regiment was to later establish a long-term association. During this period, several companies served in the campaigns against the Ute and Cheyenne Indians and but experienced little actual combat. 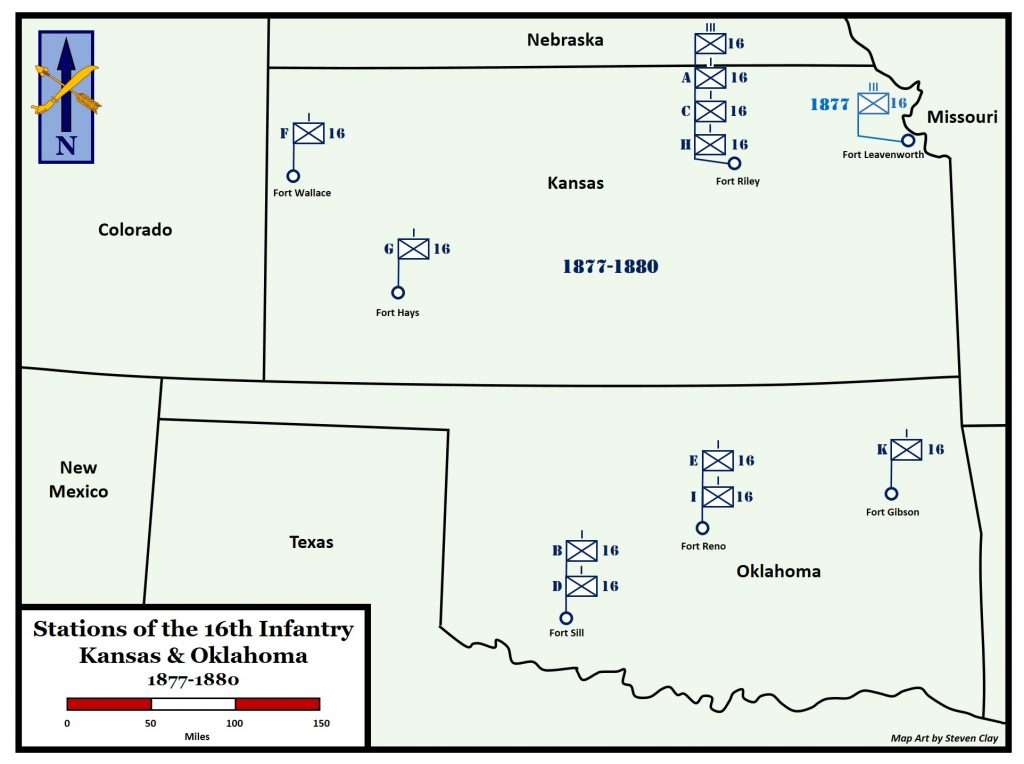