The regiment then moved down to Texas in 1880. While in the Lone Star State, soldiers of the 16th Infantry served in the campaigns against Victorio’s Apaches in New Mexico and guarded various posts and patrol stations throughout west Texas. In 1886, Company K provided the guards to escort Geronimo into captivity at Fort Pickens, Florida. As the Indian threat died out in Texas, the regiment was transferred once again farther north and west to Utah as America continued her expansion westward. 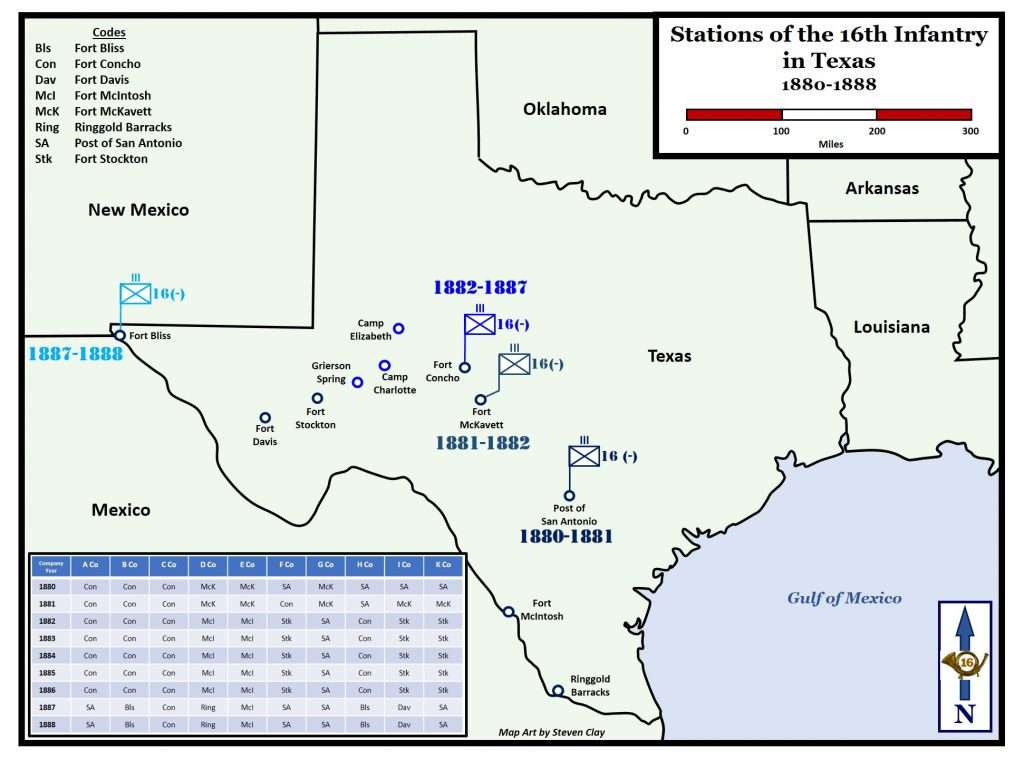