Most of the regiment was transferred to Fort Douglas, Utah, in 1888, while four companies moved to the tiny and isolated Fort Duchesne. At Pine Ridge in 1890-91, the regiment participated in the ‘Wounded Knee’ campaign and the four companies at Fort Duchesne were transferred to Fort Douglas shortly thereafter. Finally, the US Army’s long and arduous task of keeping open the westward roads to America’s expansion across the continent was complete. In 1896, the regiment, less two companies, was moved to Fort Sherman, Idaho, while B and E Companies were posted to Fort Spokane, Washington, another very remote location. The regiment remained in these posts until being called to war once again in Cuba. The 16th Infantry’s participation in the Indian wars of the west garnered the regiment another 3 campaign streamers. 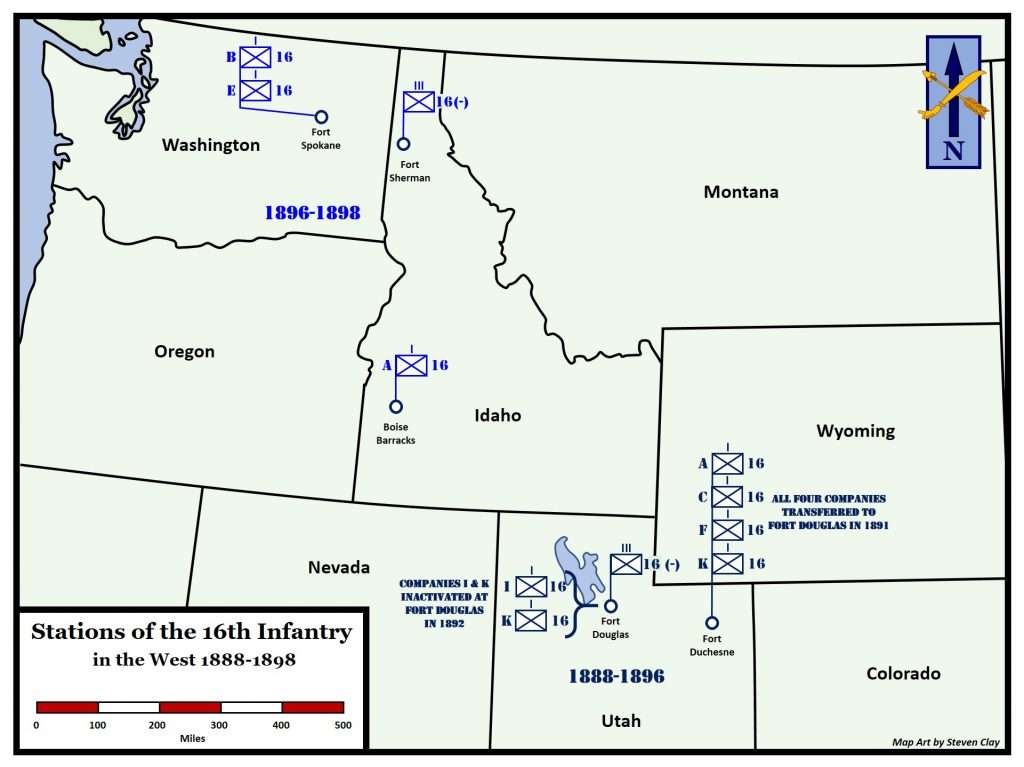