Immediately after the Civil War the 11th U.S. Infantry served with the army of occupation in Richmond, Virginia. The regiment served as the primary security force in the former Confederate capital until February 1869 when it was ordered west to perform Reconstruction duties in Mississippi, Louisiana, and Tennessee. Just after its arrival in Grenada, Mississippi, the 11th Infantry was consolidated with the 34th Infantry on 3 April 1869 and was redesignated as the 16th Infantry, a designation it has retained ever since. The 16th Infantry remained in the South at various locations performing Reconstruction duties until 1877 when it was called farther west to participate in various Indian campaigns. 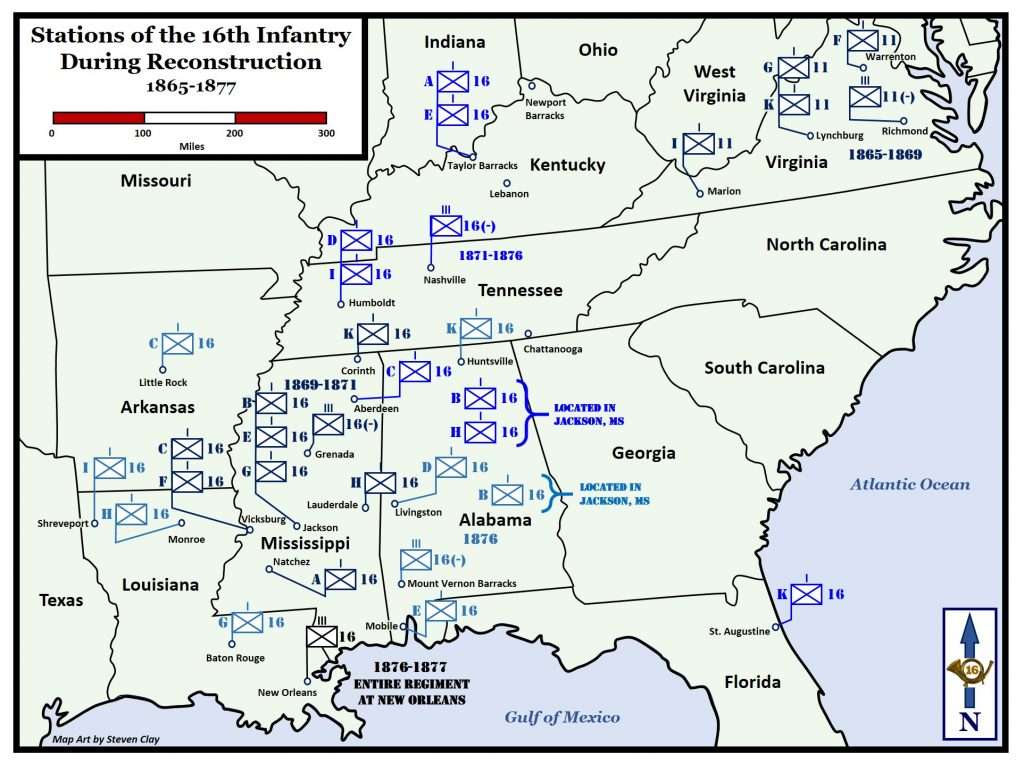