During Operation JUNCTION CITY, on the morning of 28 February 1967, B Company, 1-16 Infantry moved out of its NDP on a S&D sweep about 4 kilometers south of the village of Prek Klok. Its limit of advance was Prek Klok creek, about 2,500 meters to the east. Capt. Donald S. Ulm moved the company with platoons in column as it struggled to break through the heavy foliage. Ulm’s men used the “cloverleaf” search pattern: move about 500 meters, stop, and send out small patrols in several directions using circular sweeps. The company had gone about 1,000 meters when 3rd Platoon made contact with an enemy force to its front. It was the 2nd Battalion, 101st PAVN Regiment, en route to conduct convoy ambush operations along Route 4 and the two units had literally bumped into each other on the move.

Within minutes the 3rd Platoon leader was wounded and incapacitated and the platoon sergeant, PSG Matthew Leonard took over. Leonard rallied his troops and repulsed the initial attack and then formed a defensive perimeter. Moving about the positions during a brief lull, he redistributed ammo and encouraged his men. While moving to another position, he spotted a wounded man outside the perimeter, bolted over to him, and dragged him back into the lines. An enemy bullet shattered his left hand during the effort, but Leonard continued his vigorous leadership. Soon, the enemy positioned a machine-gun to sweep the entire platoon area. Meanwhile, the platoon’s M-60 malfunctioned and the whole crew was killed or wounded while Leonard attempted to help them clear the jam. In response, the sergeant assaulted the enemy machine-gun himself and killed its crew. Severely wounded several more times, Leonard then crawled over to a tree, propped himself against it, and continued to fight until he died of his wounds.

B Company held off several attacks by two battalions of the 101st Regiment until C Company came to the rescue. B Company suffered 25 killed and 28 wounded during the fight but inflicted at least 167 KIAs on the enemy and an unknown number of WIAs. For his actions that day, Sergeant Leonard was awarded the 16th Infantry Regiment’s eleventh Medal of Honor. 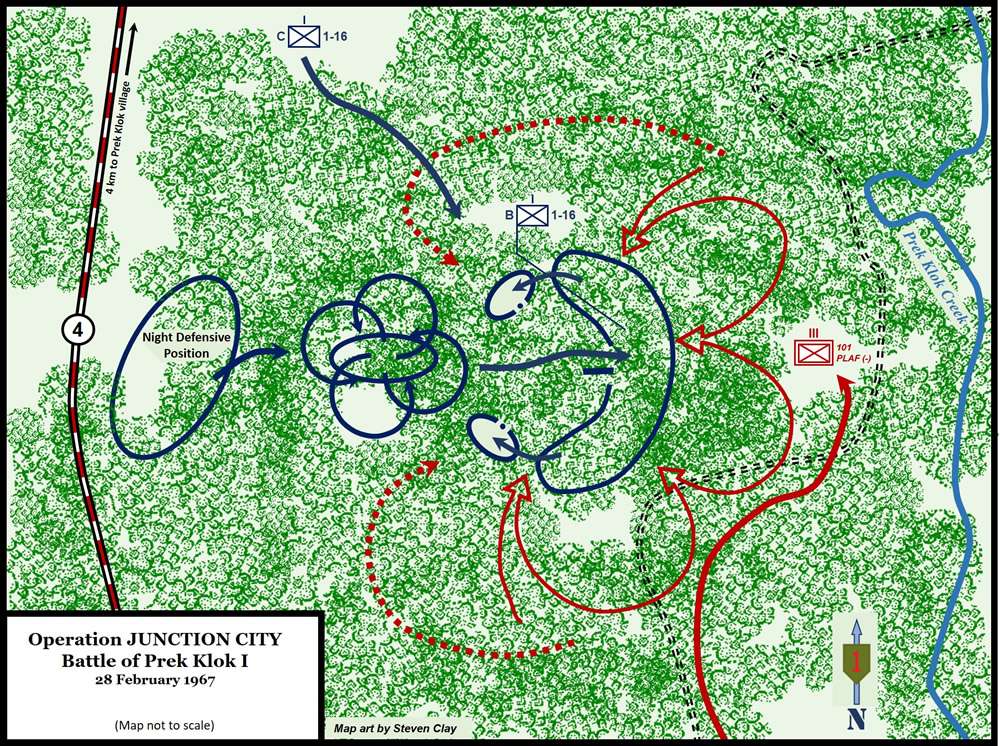