The attached brigades of the 25th Infantry Division formed the western blocking positions; the 1st Brigade, 1st Infantry Division, manned the northern positions; the 173rd Airborne Brigade positioned in the northeast; and the 1st Division’s 3rd Brigade formed the eastern blocking and screening positions. The hammer, located at the open end of the horseshoe to the south, was composed of the 2nd Brigade, 25th Division, and the 11th Armored Cavalry Regiment (ACR). Ideally, these two units would drive the enemy north into the guns of the battalions in the blocking positions.

On the morning of 22 February, the blocking forces air assaulted into LZs on the perimeter of the horseshoe. Over the next three days, the hammer forces swept north, but the overall results of the 25th Division’s big drive were unimpressive in terms of enemy contacts and KIAs. Despite the size of the operation, only fifty-four VC were killed versus twenty-eight dead GIs. However, the destruction of facilities and captured rice and equipment was great. On completion of the initial drive, HQ, III Corps directed all units to conduct thorough S&D sweeps in their respective areas of operation beginning 25 February. In response to this massive offensive, the commander of NVA and VC forces in the south, General Nguyen Chi Thanh, directed COSVN forces in War Zone C to strike back by ambushing small American units, especially supply convoys, along Route 4. This directive set the stage for a desperate battle and another Ranger’s great act of heroism at the Battle of Prek Klok (see next map). 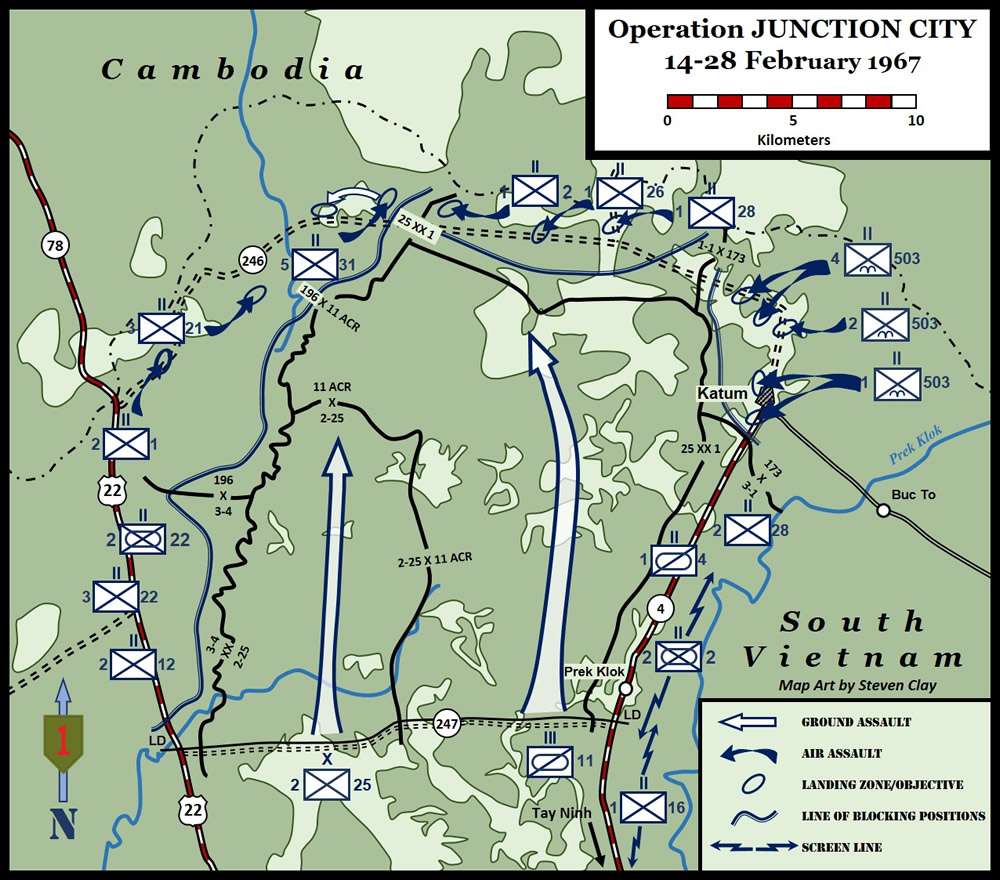