On 20 April 1969, the 1st Battalion, now mechanized, was in the field on a new mission—to reopen Highways QL-14 and 311 from Dong Xoai to Song Be. This route traversed an area that had been under VC domination for the previous five years, and II Field Force was anxious to reopen it. For the next two months, the battalion, now known as the Iron Rangers, provided security detachments for several US and ARVN engineer companies in some of the roughest terrain in the III CTZ. These land-clearing companies operated Rome plows that cut 200-meter swaths along the sides of the road to make an ambush along the route a difficult proposition. About every eight days, the Iron Rangers helped to construct and secure a new fire support base from which artillery could help protect the clearing operations. Additionally, Cassels’ troops conducted ambush patrols into the Phuoc Long Victory Gardens in late May and RIFs to the areas on the east side of Nui Ba Ra mountain. These ventures gave the battalion the distinction of being the first US unit ever into these areas. When completed, the Song Be Road operation cost the battalion ten KIA, sixty-seven WIA, and ten APCs lost to enemy action, mostly to mines. On 15 June 1969, the first convoy from Saigon to Song Be ceremoniously rolled along the entire route unmolested, thus ending the complete domination of Phuoc Long province by the VC. 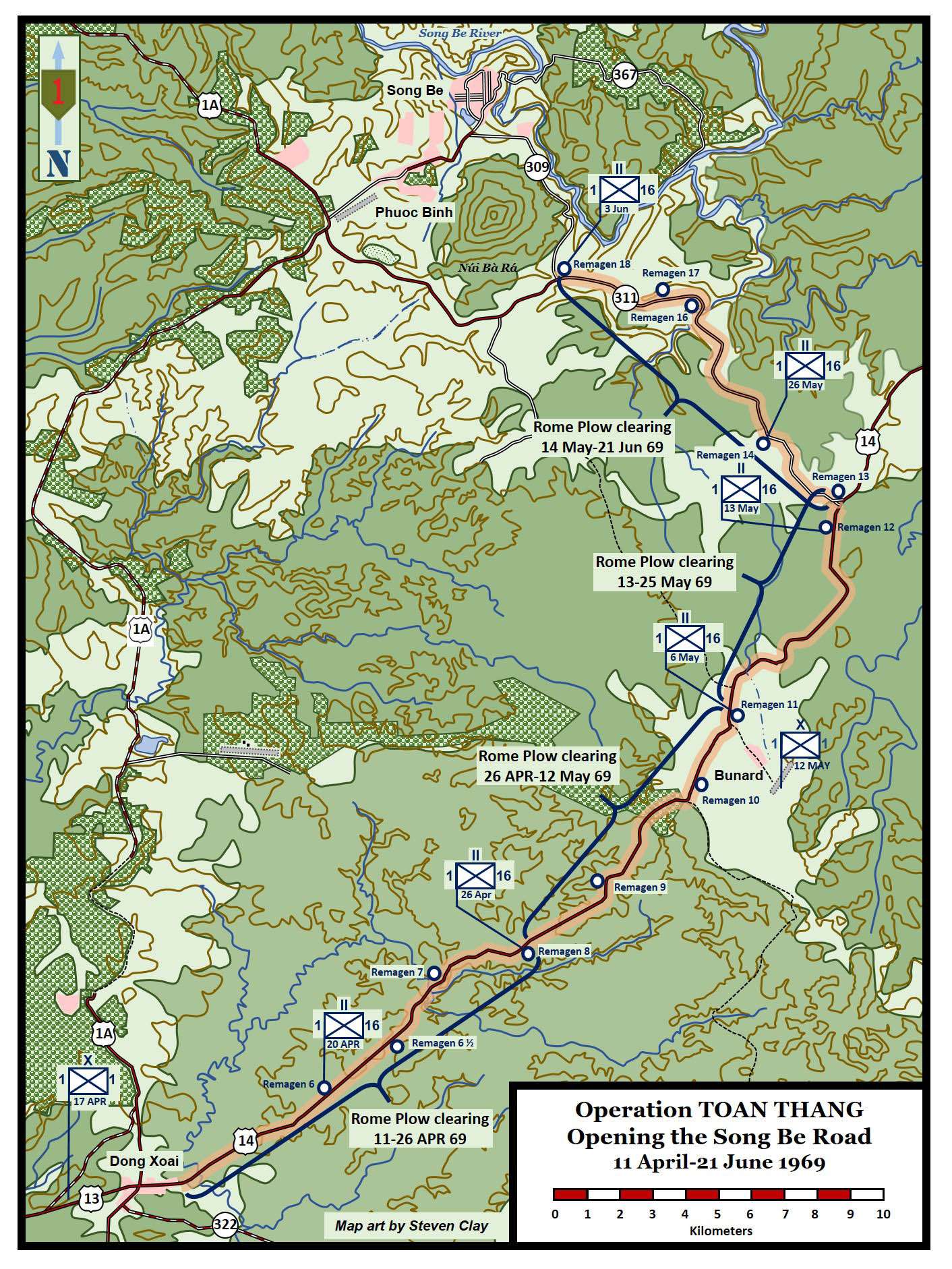