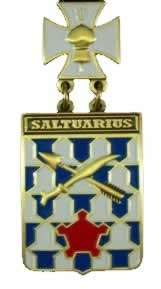 The designation of Emeritus Saltuarius Honorabilis (i.e., Honorable Former Ranger) is the highest honor that the Asociation can bestow on its members. Established in November 2012, the distinction is typically intended to honor Association members and former Soldiers who have rendered great service to their nation, community, and/or to the Association. Typical recipients include former Association presidents, Honorary Colonels of the Regiment, and US Army general officers who once served with the Regiment and went on to greater accomplishments. The Association desires to recognize the inestimable value of these individuals’ service and often seeks their statesman-like advice, guidance, and direction.