Honorary Colonel of the Regiment 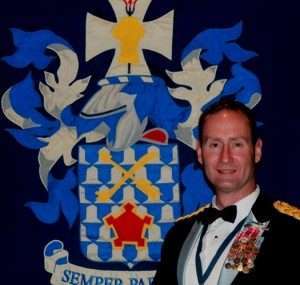 Colonel Ralph L. Kauzlarich is a 1988 graduate from the United States Military Academy. On completion of IOBC and Ranger School, he served as a rifle platoon leader, company executive officer, and battalion maintenance officer at his first duty station with the 1st Battalion, 7th Infantry in Aschaffenburg, Germany. After attending the Advanced Course, Colonel Kauzlarich served as a rifle company commander at Fort Campbell, KY, with the 3rd Battalion, 502nd Infantry. Immediately following his initial company command, he was selected for service with the 75th Ranger Regiment at Fort Benning, GA. Serving at both the Regimental Headquarters and the 3rd Ranger Battalion, Colonel Kauzlarich had the opportunity to hone his command and staff skills as the regimental Training Officer, 3rd Battalion S1, and the regimental senior LNO, after commanding a Ranger company in the 3rd Battalion.

On completion of the Air Command and Staff College at Maxwell Air Force Base, Alabama, Colonel Kauzlarich served as the Battalion S3 and XO with the 1st Battalion, 12th Infantry at Fort Carson, CO, after which he returned to Fort Benning and the 75th Ranger Regiment to serve as the Regimental Strategic Plans and Requirements Officer and as the Regimental Executive Officer. He next served as the deputy commanding officer, 4th Brigade Combat Team, 1 Infantry Division at Fort Riley during its initial activation.

He then assumed command and activated the 2nd Battalion, 16th Infantry “Rangers” and took the battalion to Iraq where it experienced 15 months of frequent contact with Iraqi insurgents in southeast Baghdad during the 2007-08 Surge and the execution of the Baghdad Security Plan. Following 30 months of battalion command, Colonel Kauzlarich served as a Joint Readiness Training Center Operations Group Battalion/Task Force Senior Trainer and Mentor at Fort Polk. Colonel Kauzlarich again returned to the Big Red One in July 2009 where he served as the Division’s Deputy Chief of Staff for Effects for two years. He graduated from the United States Army War College at Carlisle Barracks and was then assigned as the Installation Management Command’s Director of Operations (G3) at Fort Sam Houston, Texas.

The Honorary Colonel of the Regiment (HCOR) is appointed by the Secretary of the Army. The HCOR is a distinguished retired commissioned officer in the rank of colonel or above with prior service in a unit of the regiment. The appointment is for three years. A second 3-year tour may be granted by the appointing authority. Each regiment will have an HCOR, but only one HCOR will serve in the regiment at any given time. Additionally, no one officer can serve as HCOR for more than one regiment simultaneously. The HCOR oversees other honorary position programs and their maintenance.

The duties of a HCOR are ceremonial and do not conflict with the chain of command. Attendance at regimental functions is by invitation and participation is encouraged. The position offers to the regiment the prestige, stature, and experience of the officer appointed as HCOR. The HCOR assists in fostering regimental esprit, traditions, and perpetuation of the history of the regiment. If not already invested as such, HCOR appointees will be appointed as Distinguished Members of the Regiment simultaneously with their appointment as HCOR. To date, seven distinguished retired commissioned officers have been appointed as Honorary Colonel of the 16th Infantry Regiment.