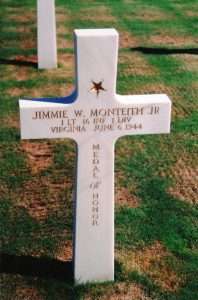 The 16th Infantry has served in the thick of virtually every American conflict since 1861. The only exception was the Korean War when the regiment stood with the 1st Infantry Division as the bulwark against Soviet aggression in Europe until 1955. Over the 150-year period of the regiment’s existence, over 3,800 of its Soldiers have died in this nation’s service, the vast majority of them in combat. The regiment has lost over 150 officers, 9 sergeants major, 6 waggoners, 6 articifers, and 3 cooks in combat. The vast majority of losses, however, were amongst the private infantry Soldiers; over 2,200 of them have given their lives for their families, their buddies, and their country.

The 16th Infantry Roll of Honor provides the names of all known 16th Infantry Soldiers who have died in service, including those who perished from disease or in peacetime.

This page is dedicated to their memory and exists to honor them. Please contact us if you have information to help make this list more complete.