In the mid-1990s, civil war broke out in the former Yugoslavian states of Bosnia and Herzegovina. As a result, US and other NATO forces were sent in to separate the warring factions and provide stability to the region. Therefore, in August 1999, the 1st Battalion deployed to Bosnia with the 1st Brigade on Operation JOINT FORGE from August 1999 to April 2000 for peacekeeping operations as part of the NATO-led Stabilization Force (SFOR) 6 rotation. The battalion was deployed to Camp Dobol, but had elements located at Camps McGovern, Demi and Comanche, as well. 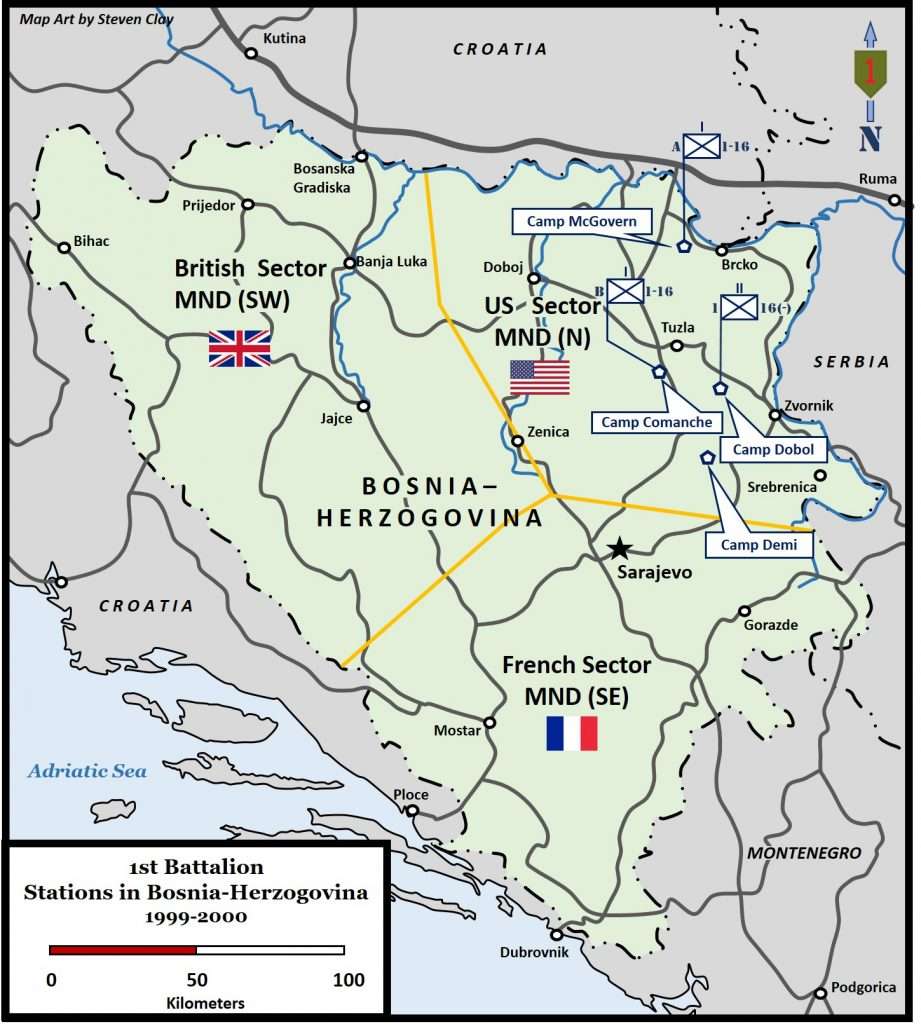