On 2 August 1990, Saddam Hussein’s Iraq invaded Kuwait. This act precipitated U.S. military involvement in the Persian Gulf. As part of the general mobilization for this conflict that fall, the 2nd and 5th Battalions, 16th Infantry were alerted for deployment on 8 November 1990. The battalions deployed to Saudi Arabia soon after with the rest of the 1st Infantry Division (Mechanized) as part of Operation DESERT SHIELD. In a 100-hour war, the Big Red One would cut its way through the initial Iraqi defenses, engage and destroy parts of at least four Iraqi divisions, fight a major tank battle in the middle of the desert, destroy hundreds of Iraqi combat vehicles, and capture thousands or Iraqi soldiers. At the end, the division was selected to be the security force for the Safwan Airfield where the negotiations between coalition forces and Iraqi leaders were held to finalize the cease-fire agreements. 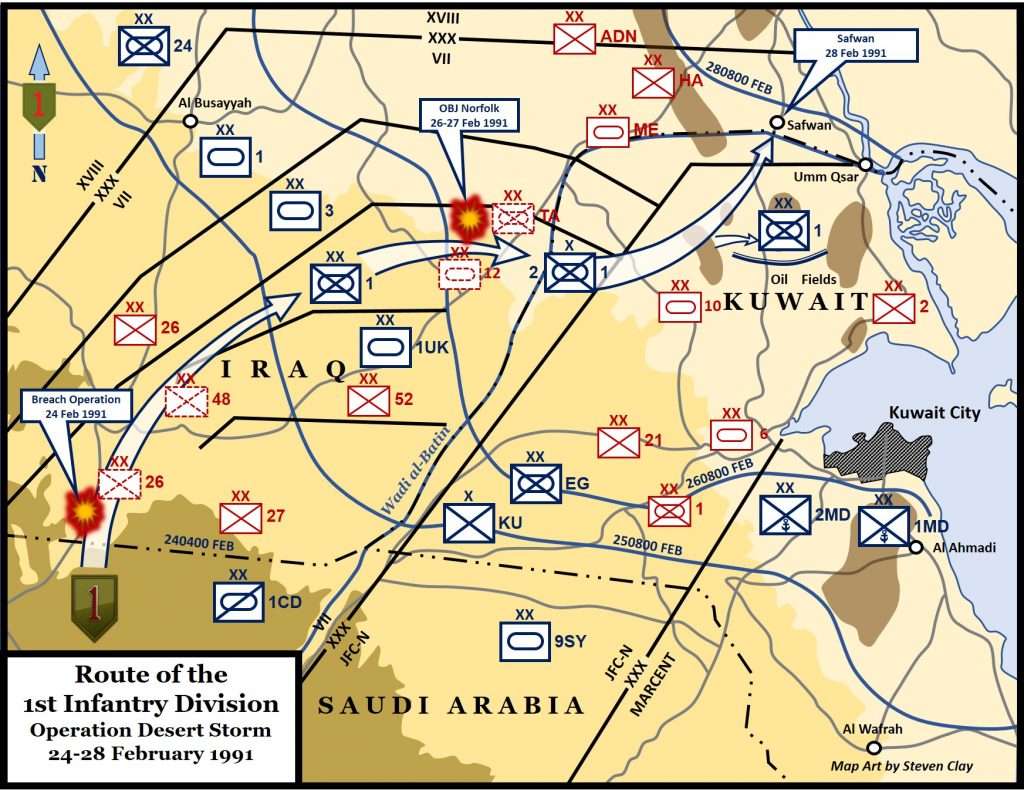