Battle of the Wilderness, Saunders’ Field 5 May 1864

In early May, Lieutenant General Ulysses S. Grant, now in command of all Federal armies, began what has become known as the “Overland Campaign.” Travelling with Meade’s Army of the Potomac, Grant was on hand when Meade’s command clashed with Lee’s Confederates in the Wilderness on 5 May 1864. The 11th U.S. Infantry played a role in the opening gambit of the campaign. At a small opening in the otherwise densely forested area, the Regulars, now consisting of only one brigade, which itself was supplemented five volunteer regiments, advanced across Saunder’s Field. Encountering heavy fire from the Confederate lines on the far side, Federal troops nonetheless advanced rapidly across the opening. As it reached the far side, the regiment, along with several others successfully drove the rebel troops from their first line of works.

Continuing the advance, the Regiment cleared a second line and then stopped to reorder its ranks. In the dense woods, however, the Federal units soon lost contact with each other and both sides began firing blindly in each other’s general direction. Confederate reinforcements soon arrived and the troops of the 11th Infantry, now fighting in two separated groups began to feel the weight of numbers. Captain Francis Cooley, the commander, finally ordered a retreat back to the open field and on arrival saw that most of the Federal force was already retreating back to the far side. With no other choice, the men of the 11th ran the gauntlet back to safety, but not before taking significant casualties. That night and the next day, the Regiment remained in breastworks some distance back until ordered to move south with the army. 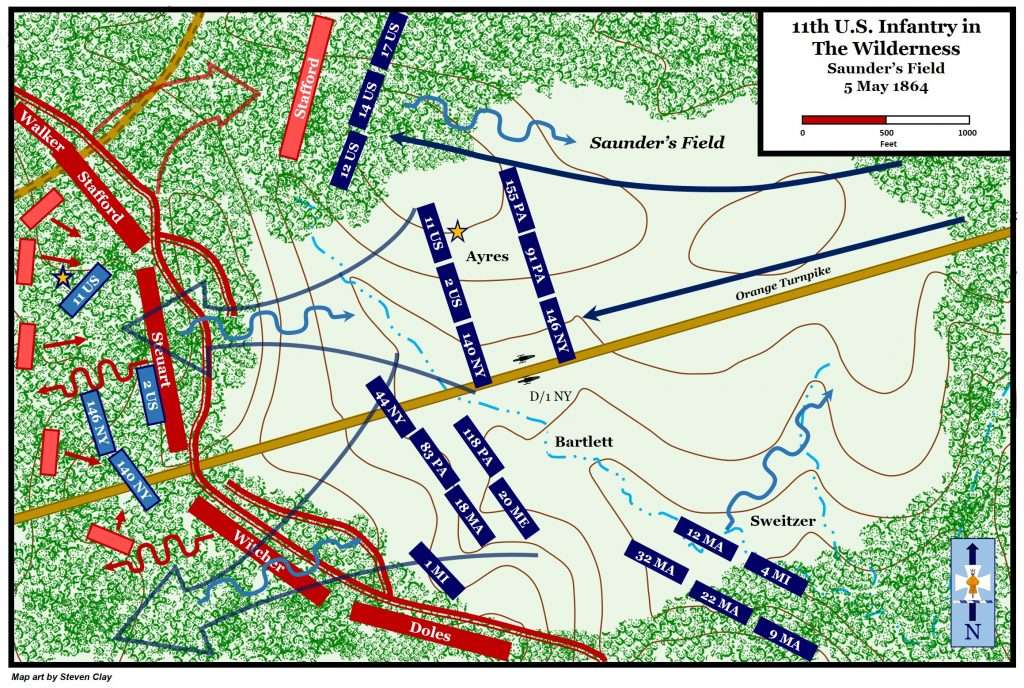